Finally, there is a Bollywood film that has arrived and has catered to the entire family audience and emerged as a super hit at the box office. The film opened quite well, went on to find great momentum over the weekend, and then sustained quite well during the weekdays, hence putting all the ticks against the box when it comes to assessing the trajectory of commercial success. 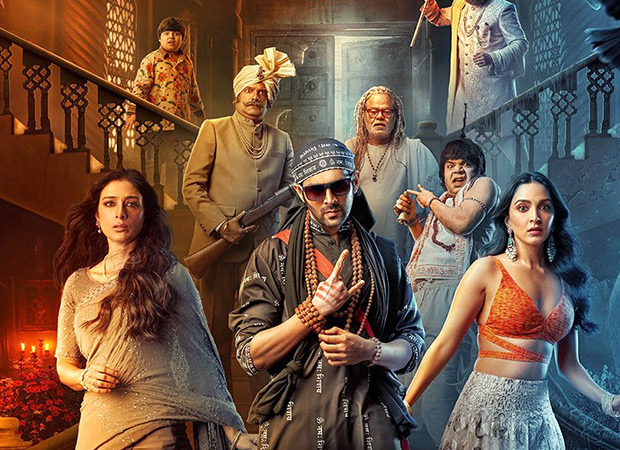 This can well be seen from the fact that after a superb weekend of Rs. 55.96 crores, the film had collected more than Rs. 20 crores in the first two weekdays as well. If Monday stood at Rs. 10.75 crores then Tuesday has held on quite well too with Rs. 9.56 crores coming in. This pretty much indicates that today and tomorrow will hold on well too and Rs. 16-17 crores more will come in. With Rs. 76.27 crores already in its kitty in just 5 days, the film will comfortably go past the Rs. 90 crores mark by the time the first week is through.

In fact, the Kartik Aaryan, Kiara Advani and Tabu starrer is now also in a real chance to enter the Rs. 100 Crore Club in just 8 days. If at all it will miss doing that then the margin would be mere Rs. 2-3 crores at maximum and the feat would be accomplished on Saturday. The Anees Bazmee directed film has infused life back at the box office when it comes to Bollywood films and one just hopes that the trend now continues with films to follow as well.