There was no stopping Badla as it brought in Rs. 2.50 crore* more on Wednesday. The film has seen an uninterrupted run right through and it would be interesting to see how it holds up in days to come, now that Kesari has arrived. 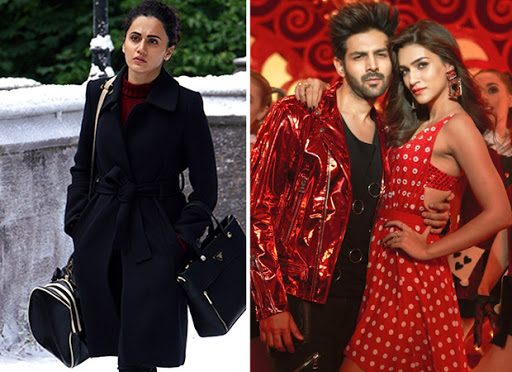 The Sujoy Ghosh directed film has collected Rs. 64.87 crore* so far and would surpass the lifetime numbers of Pink [Rs. 65.39 crore] today itself. It is a remarkable feat since that Amitabh Bachchan and Taapsee Pannu starrer had seen some very good appreciation coming its way and now Badla would be going one up on that in two weeks flat. Superhit!

Meanwhile, Luka Chuppi is seeing a sustained run right through. The film collected Rs. 1.17 crore more on Wednesday and has successfully managed to stay over the Rs. 1 crore mark every day despite competition around it. The film has accumulated Rs. 86.25 crore so far and in the process has gone past the lifetime numbers of Fan [Rs. 85 crore].

There are many more films that the Kartik Aaryan and Kriti Sanon starrer would be going past before it hits the Rs. 90 crore milestone and from there it would be interesting to see where it eventually lands up. Superhit!