After an average start of Rs. 13.25 crore, Akshay Kumar's Bachchhan Paandey has stayed at same level on Saturday as well to take two day total to approx. Rs. 26 crores. According to early estimates, the second day collection of Bachchhan Paandey is in the range of Rs. 12.50 to Rs 13.75 crores. 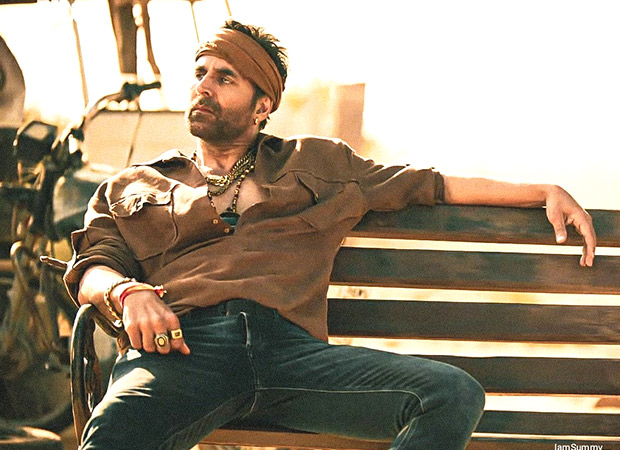 While the collections are steady, the film has failed to show any significant jump in the biz on Saturday and ideally, since opening was not optimum, one expected the Akshay Kumar-Kriti Sanon film to show a jump on Saturday. But that has not happened. Bachchhan Paandey is now looking at an opening weekend of around Rs. 41 crores, and it will then all boil down to the crucial Monday test. But yet, lets wait to see how this Sajid Nadiadwala production fares on Sunday and Monday.

Made on a budget of approx. Rs. 180 crores (including Akshay Kumar fees), Bachchhan Paandey needs a global share of approx. Rs. 60-65 crores to break even and hence, there is a long journey ahead. According to trade estimates, it has recovered about Rs. 115 crores from non-theatrical revenues, leaving Rs. 65 crores to be done from theatrical medium.

The opening two days of Bachchhan Paandey would have been better by at-least 25 percent if not for the competition from The Kashmir Files and this film has come out as a huge competition to this masala entertainer out of nowhere. Nonetheless, the makers still managed to get respectable screen count and showcasing with enough capacity to do business and emerge a successful bet. Akshay Kumar's goodwill in the market also helped the producers fetch good showcasing in cinema halls all across despite the competition.

On Saturday, while some centers like UP, Bihar and Delhi went up, there was a minor drop of business in Mumbai while Gujarat was more or less same as Friday.