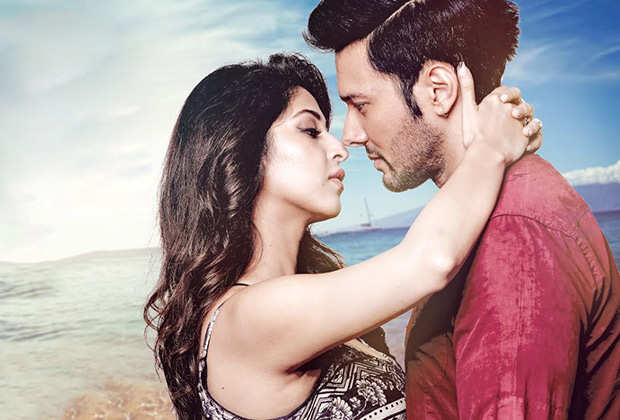 There are certain soundtracks that don't really come with many expectations. You just hope and want to believe that there is something special that would be churned out. Saansein is one such film and with half a dozen songs in there, you look forward to what composer Vivek Kar has to offer along with lyricist Kumaar.

Ash King begins his rendition on English lyrics and soon enough Swati Sharma steps in for 'Mera Ishq'. She sounds really good in her icy cold voice and once Arijit Singh comes on the forefront, you know that this one is actually a good song in the offering. Vivek does well to utilize his three singers quite well for this romantic track based on Sufi music and even though Ash King is the lead singer her, you find Arijit Singh chipping in quite well too, hence resulting in a good musical outing.

It is the sound of piano that is heard for a little while before Armaan Malik takes over the mike and fetches attention of one and all. A beautiful song with some loveable lyrics by Kumaar, 'Tum Jo Mile' is a very catchy number that instantly changes one's perception around the soundtrack of Saansein. Since the song is extremely well paced, written and sung, you now want to hear what Vivek Kar and Kumaar have in store from the songs that follow next. Later, newcomers Amit Gupta and Pratap Dodla get an opportunity to sing an unplugged version and never once you question their inclusion. A good effort indeed!

Newcomer Najam Bajwa gets a platform for him in Bollywood with 'Tum Ho Mere', another love song, and this one too pretty much follows the template that has been put together by the musical team in the earlier two songs. If you have liked the kind of music that Vikram Bhatt offers in his romantic musical horror flicks then you would like this one as well.

The best song of the album comes right in the middle though, what with Dev Negi scoring a six with his solo number 'Dil Yeh Khamakha'. An excellent track that any major young actor from the current generation would have loved to include in a film of his, 'Dil Yeh Khamakha' is wonderfully paced and touches your heart in the first go itself. While the start of the song is quite well structured, it is the manner in which the hook-line arrives that makes you fall in love with the song. No wonder, there is a 'reprise' version of the song as well and young Nikhil D'Souza does quite well too to make his presence felt.

Yet another newcomer is given a break by Vivek Kar, what with Shibani Sur getting a solo for herself in the form of 'Royi'. A lounge track where Shibani is heard right from the very first moment of the outing, this one is actually a title track of sorts, what with the word 'Saansein' kick-starting the proceedings. Yet another good piece that has a nice start to it and converges well into the hook words 'royi royi', it is a situational track that should make for a good inclusion in the film's narrative.

The music of Saansein is the biggest surprise of the season and entertains as a whole. It boasts of a consistent sound and with this album, one must welcome newcomer composer Vivek Kar who does well with his first ever complete soundtrack for a film. Give this one a hear for sure!

After Vidya Balan and Prachi Desai, another TV actress Sonarika joins Bollywood, to debut with Saansein