Three years after been seen in Welcome to Karachi, Jackky Bhagnani is returning to the big screen with Mitron. The film is directed by Nitin Kakkar who had made critically acclaimed Filmistaan back in 2012. A slice of life comedy with a realistic touch to it, the film has Yo Yo Honey Singh, Tanishk Bagchi, Vaayu, Sameer Uddin, DJ Chetas, Sharib-Toshi and Lijo George coming together to create music. 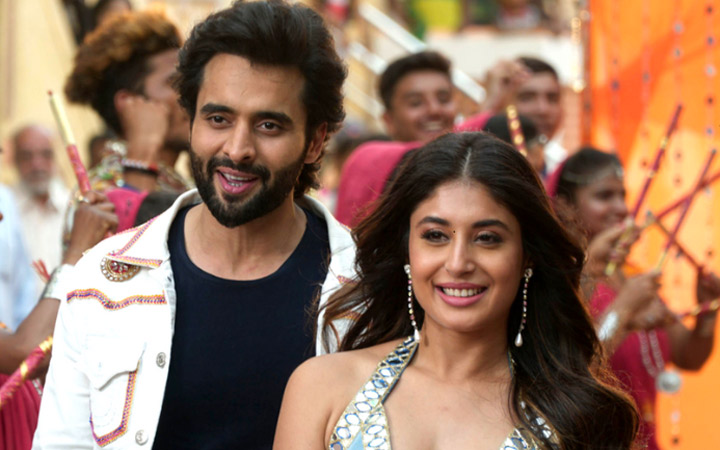 Pick on the base of 'Chaar Botal Vodka' [Raginni MMS 2], bring on a dash of 'Chaar Baj Gaye' [F.A.L.T.U.] and you have 'This Party Is Over Now' ready to be served. A Yo Yo Honey Singh number, this is yet another chartbuster in the offering as it is set to be the next favorite at the dance floor. A fun number which actually talks about the perils of booze and encourages youth to shrug it away, move on to 'jaljeera' and avoid late nights, it takes a non-alcoholic route. That said, it retains its edge of being a quintessential Yo Yo Honey Singh number with the kind of beats to it that set you grooving.

Jubin Nautiyal takes over the mantle for Tanishk Bagchi composed 'Sawarne Lage' which is a sweet and simple love song with a very good intermittent hook to it. A 'desi' number with a Western base to it, 'Sawarne Lage' is about the feeling of falling in true love and what happens soon after you get that realization. Later the song also appears in a female version by Nikhita Gandhi and works all over again. Play it on.

A 'dandiya' number comes next in the form of 'Kamariya' which yet again boasts of a good hook to it, hence making it three in a row for Mitron. As has been the trend of many Jackky Bhagnani films, music always holds centre-stage and that's the case again with Mitron as well. Composed by Lijo George and DJ Chetas, this one has Darshan Raval getting into a fun-n-celebration mode. The rap portion is interesting as well and overall this catchy number doesn't take much time to get into your mind.

Sonu Nigam's voice is heard in 'Door Na Ja' and this brings in certain 'thehrav' to the fun-n-frolic that was in vogue all this while. A song about separation and how the protagonist doesn't want the one he loves to be away from him, this Toshi Sabri composed track should turn out to be a good situational piece in the film's narrative.

Next to arrive is 'Sanedo' and this one is set in an outright Gujarati milieu. Darshan Raval is the lead singer for this celebration number which could well be a 'dandiya' outing as well. That said, this one is a just about average track which doesn't leave much of an impression as it has a very localized appeal and won't necessarily appeal to a pan-India audience.

Composer Sameer Uddin brings in the last track of the album, 'Ghar Ke Hai Na Ghat Ke'. With a 70s style retro feel to it, there is further weight added to it with the arrival of Bappi Lahiri. The composer-singer sounds just like he used to four decades back and one has to compliment him for the kind of energy and vibrancy that he brings in his voice each time around. A fun track, it should be a good watch on screen.

Mitron is a largely entertaining album and there are hardly any full moments. As for the chartbusters in there, the first three songs do really well which should find audience in the long run as well.

‘This Party Is Over Now’, ‘Sawarne Lage’, ‘Kamariya’