Movie Review: Haseena Parkar fails to impress as it’s too superficial and unexciting. 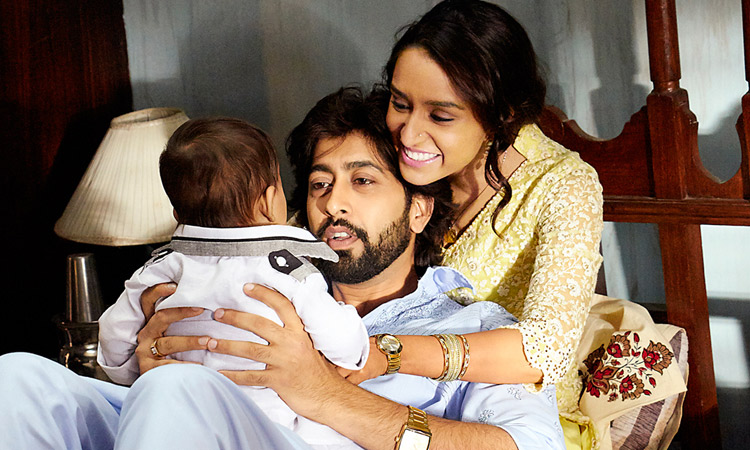 You expect a conventional soundtrack for Haseena Parkar with a love song, and item song and a situational track filling it in. Moreover, you don't really look forward to anything memorable since the film is a gangster drama and hence doesn't really have place for music which would go places. Yes, there are names like Sachin-Jigar involved but by and large you are okay with whatever little that is eventually offered.

It is a sober start for Haseena Parkar as Arijit Singh kick-starts the proceedings with 'Tere Bina', a love song, which has lyricist-singer Priya Saraiya join him behind the mike. The sound of the song is alright but comes across as the kind that was prevalent 10 years back. In fact it also leads to faint recollection of 'Khuda Jaane' [Bachna Ae Haseeno] though the Vishal-Shekhar composed number was a much better creation. Later, there is also a 'sad version' of the song which in fact turns out to be forgettable. All in all, an ordinary number.

Kirthi Shetty a.k.a Slim Shetty (yes, that's the name of the lyricist!) puts together 'Bantai' which aims at being the next 'Ganpat, Chal Daaru La'. The song was a big chartbuster in director Apoorva Lakhia's most notable success, Shootout at Lokhandwala. However, 'Bantai' comes across as a poor cousin and just doesn't entice the listener. Divine and Kirthi Shetty come together to sing this one but can't really push it beyond the situational appeal.

Last to arrive is Sunidhi Chauhan sung 'Piya Aa', an item number set in 80s retro. Written by Vayu, this one has a decent hook to it as at least that gets stuck in your mind for a while. Not that the song is overall memorable, more so since it has just been released and hence hasn't enjoyed much of a breather to make much of a mark. Still, in the narrative of the film it could just about manage to keep the audiences entertained.

Box Office: Newton has the best response over the weekend; Bhoomi and Haseena Parkar are low