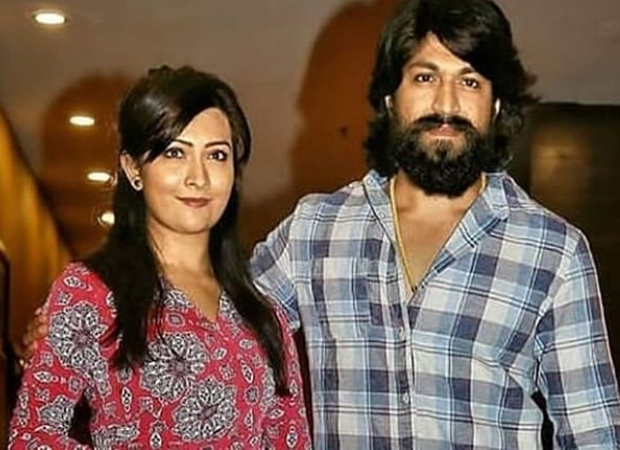 A video from the party featuring Radhika and Yash has surfaced on the internet. In the video, the couple is seen shaking a leg to the song 'Tum Hi Ho' from the movie Aashiqui 2. While Yash is rocking a blue suit, his wife Radhika is seen sporting a pink flowy gown. The video, as expected, went viral on all social media platforms.

Yash and Radhika Pandit are proud parents to baby girl Ayra and a newborn baby boy. As reported earlier, the parents will release the photo and name of their baby boy when he turns five months old.

Superstar Yash became a household name after the release of KGF: Chapter 1. The makers of KGF: Chapter 2 recently released the first-look poster. In the new poster, Yash was seen leading a gang of people who toiled hard at the Kolar Gold Fields. Recently, on his birthday, his fans got together to celebrate the day by gifting the star with a 5000 kilograms cake.

Also Read: Kannada superstar Yash turns 34, says he’s what his fans have made him