Amazon Prime Video today announced the exclusive worldwide premiere of Karthik Subbaraj’s much-anticipated Tamil action-drama Mahaan. The film, produced by Lalit Kumar, is a narrative of a series of events that transform the whole life of an ordinary man as well as all the people around him. Mahaan features real-life father-son duo Vikram and Dhruv Vikram together for the very first time, along with Bobby Simha and Simran in pivotal roles. The movie will premiere worldwide exclusively on Prime Video starting 10 February and will also be available in Malayalam, Telugu, and Kannada. In Kannada, the film will be titled Maha Purusha. 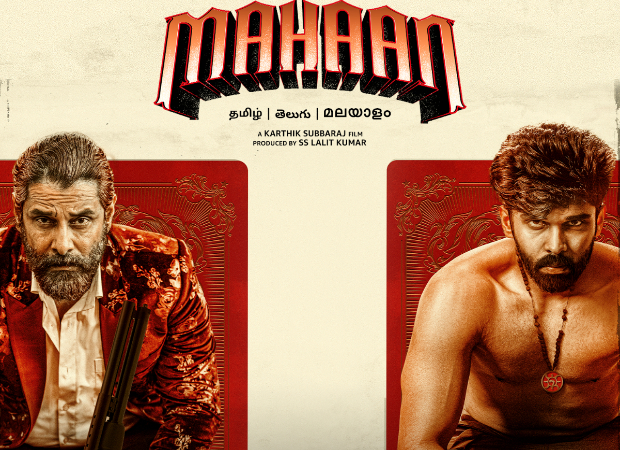 Mahaan is the story of a man whose family leaves him when he strays from the path of ideological living in his search for personal freedom. However, as he realizes his ambitions, he also misses the presence of his son in his life. Having fulfilled his dream of becoming a billionaire, does life give him a second chance to be a father? This story is about how his life goes through an unexpected series of events in this thrilling, action-packed journey.

“We are delighted to announce the worldwide premiere of the much-anticipated action drama Mahaan on Prime Video,” said Manish Menghani, head of content licensing, Amazon Prime Video, India. “With brilliant performances by the extremely talented star cast, Mahaan is a story that will take viewers on an edgy ride full of many twists and turns. It is our pleasure to collaborate with Lalit Kumar and Karthik Subbaraj to bring this action-packed entertainer to our customers.”

“I am extremely excited to premiere Mahaan on Prime Video. Karthik Subbaraj has done a fabulous job in creating the perfect mix of action, drama and emotions throughout. The film has an incredibly talented and wonderful star cast who have given stellar performances to make the story even more compelling for our audiences,” said Producer, Lalit Kumar. “We are eagerly looking forward to reaching fans across 240 countries and territories, with the exclusive worldwide premiere of Mahaan on Prime Video starting 10 February.”