Last Updated 20.10.2021 | 9:23 PM IST
feedback language
follow us on
Bollywood Hungama » News » South Cinema » Vijay to team up with Dil Raju and Vamshi Paidipally for his next

With a massive following among all sections, Thalapathy Vijay’s popularity has been growing even bigger with every film that he does. For his next movie, Vijay will be teaming up with National Award-winning director Vamshi Paidipally. This film will be produced by the National-Award-winning producer Dil Raju & Shirish under their production house Sri Venkateswara Creations. 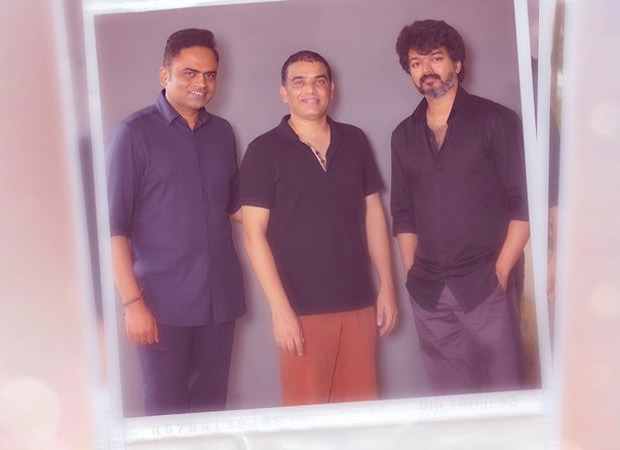 The production house will be mounting up this big-budgeted film on a grand scale. The film has been announced officially on Sunday, September 26.  Given the collaboration of Thalapathy Vijay, Vamshi Paidipally, and Dil Raju, the buzz surrounding the project is immense.

#Thalapathy66... Sharing with you all an exciting update about my next film with The #Thalapathy @actorvijay Sir, Produced by #DilRaju garu & #Shirish garu under my home banner @SVC_official pic.twitter.com/R24UhFGNlW

The film will start rolling once Thalapathy Vijay wraps up his 65th film Beast with Nelson. Many noted actors and top-notch technical teams will be associating with this project. Other details will be announced soon.