Tamil Nadu elections 2021 is the talk of the nation. The voting for the same began on Tuesday, April 6. Top stars from the Tamil Nadu industry arrived at their designated polling stations to cast their vote. Actor Vijay, popular known as Thalapathy Vijay, rode a bicycle to the polling station. 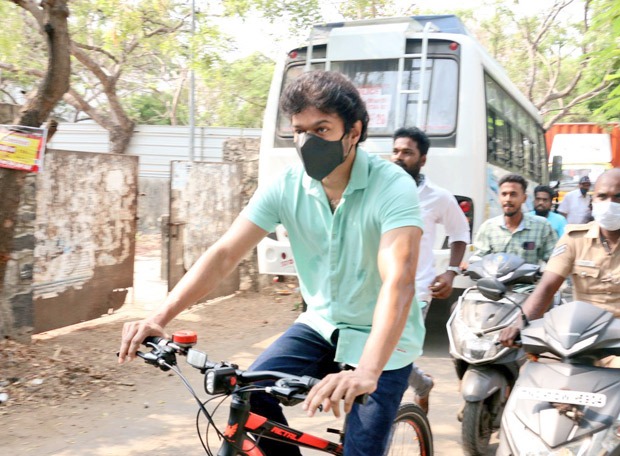 In viral photos and videos, the actor left his house in cycling surrounded by his security on bikes and scooters with paparazzi following him. 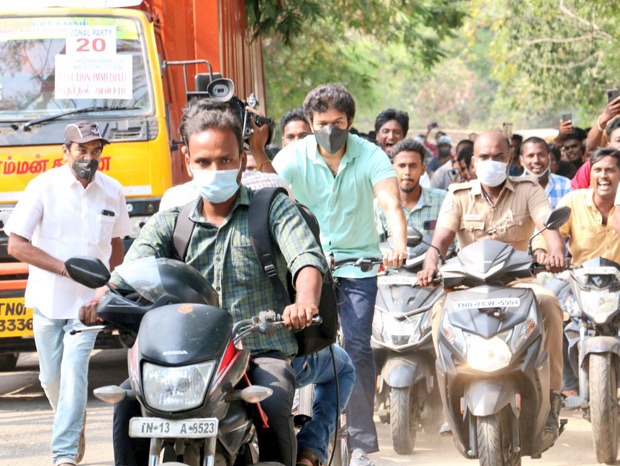 Upon reaching the polling booth, he was surrounded by frenzied fans.

It took police and major security to get him through the crowd to the booth. Some fans said that the actor was making a statement on the fuel hike by riding a bicycle.

ALSO READ: Thalapathy 65: Pooja Hegde roped in as the female lead for Vijay’s next