Fans of Telugu superstar Pawan Kalyan have been trending #PSPK26 on Twitter ever since it was announced that the first look will be unveiled on March 2. Now, the wait is over and the makers have unveiled the first look of the film. 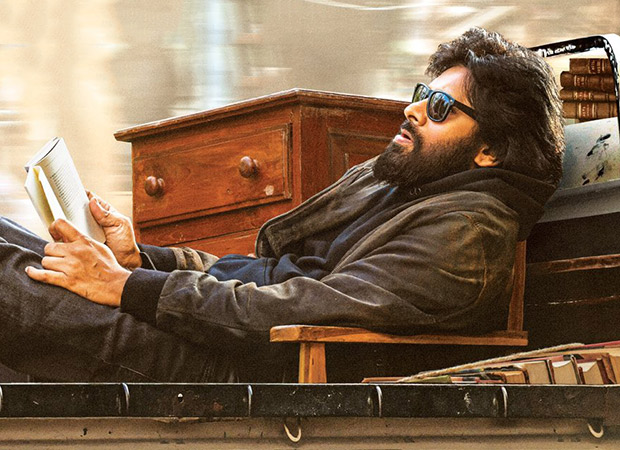 In the first look poster, Pawan Kalyan can be seen lying on his furniture which he is probably shifting in a truck to a new place. The actor is seen sporting a thick beard and wearing shades and has a book in his hand.

The film which is a remake of the Amitabh Bachchan starrer Pink, will see Pawan Kalyan reprise Bachchan's role in the courtroom drama. What makes the fans even more excited is the fact that this is Pawan Kalyan's comeback film.

For the unaware, Pawan Kalyan was last seen in Trivikram’s film Agnyaathavaasi that released in 2018. The film bombed at the box office and that actor had even announced retirement from films which had left his fans disappointed.

The shooting for Vakeel Saab is currently taking place in Hyderabad and is expected to wrap soon. The Telugu remake of Pink has actress Nivetha Thomas as its leading lady along with South actresses Anjali and Ananya in pivotal roles. The Pawan Kalyan starrer will be helmed by Venu Sriram and is bankrolled by Boney Kapoor and Dil Raju under the Projects LLP and Sri Venkateswara Creations banners.