Not too long ago, we had spoken about Nagarjuna and Rakul Preet Singh coming together for a film titled Manmadhudu 2. Now reports have it that another Akkineni member has joined the star cast. We are talking about his daughter-in-law Samantha Akkineni who recently confirmed in media reports that she is indeed a part of this film. 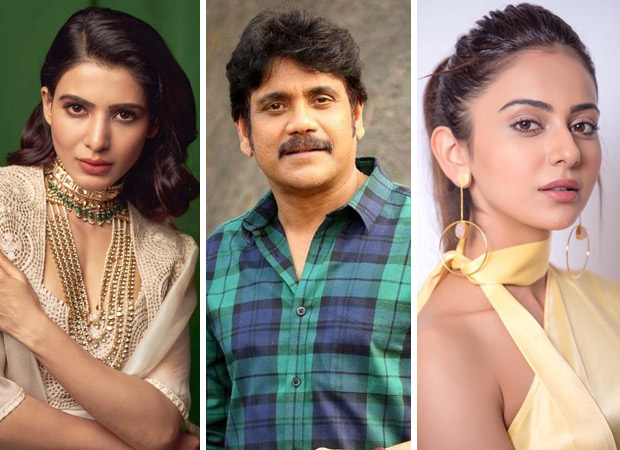 As per the latest reports, Samantha Akkineni revealed that she is indeed playing an extended cameo in the forthcoming film Manmadhudu 2. However, she remained tight lipped about the character she will be essaying in the film, maintaining that she is not allowed to speak about her role in the film. While she confirmed that it will be a pivotal character, she didn’t divulge if she has scenes with her father-in-law Nagarjuna. However, the actress did express that she is quite excited to start shooting for the film.

Current reports suggest that the film will be shot extensively abroad, especially in Portugal. Manmadhudu 2 is directed by Rahul Ravindran. Besides Nagarjuna and Rakul Preet Singh, the film also stars senior actress Lakshmi, Vennela Kishore, Nasser amongst others. It will be jointly produced by Manam Enterprises and Anandi Arts and the music is composed by Chaitan Bhardwaj. The release date of this sequel to the 2002 romantic comedy is yet to be locked.

On the other hand, Samantha Akkineni was last seen in Majili alongside her real life husband Naga Chaitanya. The film, that portrays the trials and tribulations of an imperfect marriage, opened to positive reviews and Samantha was appreciated for her performance. The film marked the real life couple’s first collaboration post marriage. The actress has a few films in the pipeline including Oh Baby.

Also Read: Naga Chaitanya REVEALS that he and Samantha Akkineni are a troubled couple, albeit on screen