While Yash is neck deep into work with KGF Chapter 2 kicking off in full swing, his little angel, his daughter completed 6 months recently. Readers would be aware that Yash became a proud father a few days before the release of KGF Chapter 1. While the Sandalwood couple is yet to name their daughter, Yash’s wife Radhika Pandit gave fans a glimpse of their baby girl. 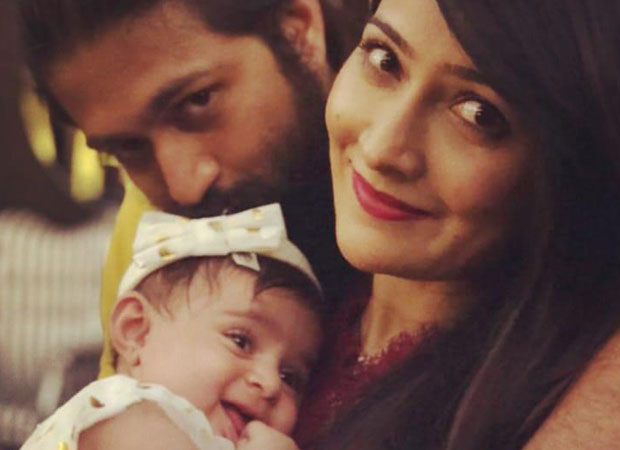 Radhika Pandit, who is quite active on social media, shared photos of her little girl on more than one occasion. And now she shared a video of her and Yash’s daughter on Instagram as she turned 6 months old. The proud mother revealed that the video was shot when their daughter was just three months old and also thanked the team who helped her in the shoot! Here’s a glimpse:

Our baby YR turns 6 months today.. she is half way to turning one!! Time flies for sure. Here is a tiny glimpse of her on this special day! ???? Of course this video was shot when she was 3months old. She is our blessing, our angel ♥️ #radhikapandit #nimmaRP P.S : thank you Saniya for styling her and Bhuvan n Manish for capturing !

On the work front, KGF Chapter 2 is expected to also feature some Bollywood actors like Sanjay Dutt and Raveena Tandon. Kolar Gold Fields, which is a period drama set around the 60s, also stars Srinidhi Shetty, as the leading lady along with Farhan Akhtar, Ritesh Sidhwani as its producers. Directed by Prashant Neel, the film is expected to retain its previous crew for the second film.