Actor Suniel Shetty made his comeback to the silver screen in 2019 with the Kannada film Pailwaan alongside Kiccha Sudeep. Post that, the actor featured as the antagonist in the Rajinikanth starrer Darbar. Now, the actor is all set to feature in the Malayalam period drama Marakkar Arabikadalinte Simham. 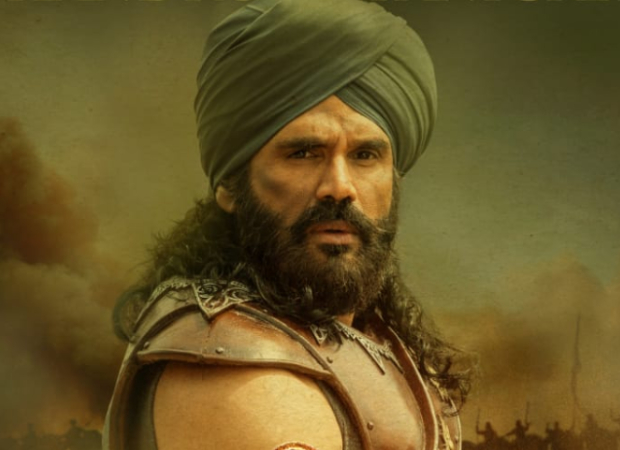 Today, Suniel Shetty took to his social media handle to unveil his first look from the film also starring Mohanlal. Shetty plays the role of Chandroth Panicker in the film directed by National Award-winning filmmaker Priyadarshan.

Marakkar Arabikadalinte Simham, starring Mohanlal in the titular role, is based on the life of Kunjali Marakkar IV, the decorated fourth Muslim naval chief of the Zamorin (Samoothiri), during the 16th century Kerala. The film was shot for over three months at the Ramoji Film City in Hyderabad.

The film is produced on a mammoth budget of Rs 100 crore by Antony Perumbavoor, Santhosh T Kuruvilla and CJ Roy under their respective banners Aashirvad Cinemas, Confident Group, and Moonshot Entertainment. The films will hit screens simultaneously in Malayalam, Tamil, Telugu, and Kannada on March 26. The filmmakers will release the Hindi version later.