South filmmaker Lokesh Kanagaraj, who is riding high on the success of his latest action thriller Vikram, decided to share an interesting video of Kamal Haasan. The video showcases Kamal Haasan doing push-ups and it seems that this was taken from the sets of Vikram. The filmmaker, who is a self-confessed fan boy of the superstar, was quite impressed with the workout session of the superstar and promised to share this as a treat to fans. 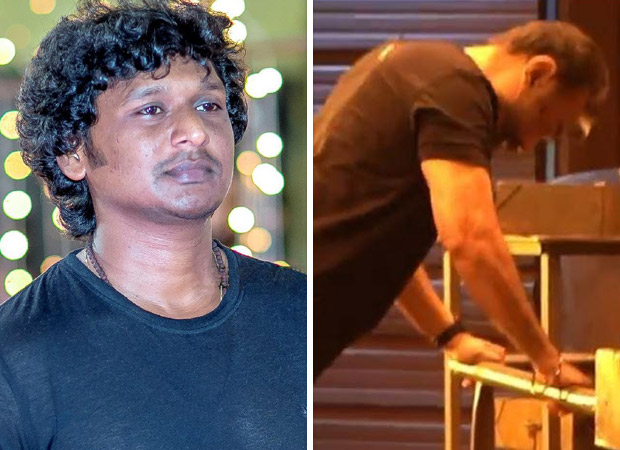 Earlier, filmmaker Lokesh Kanagaraj had promised fans that he will be sharing a behind the scenes video of Kamal Haasan and keeping up with it, the director posted this on his official Twitter handle. The said video features Kamal doing push ups at 2AM right before the climax was about to shot.  He captioned it saying, “@ikamalhaasan sir’s video as promised.. He did 26..i missed recording the initial two..The eagle has landed. #Vikram.” Needless to say, the video turned out to be a treat for fans, who not only posted comments appreciating the Ulaganayakan but also dropped like and heart emojis for their favourite superstar.

@ikamalhaasan sir's video as promised.. He did 26..i missed recording the initial two..
The eagle has landed????#Vikram pic.twitter.com/5rdKG9JPoE

Two days, Lokesh had announced about sharing this video. Here have a look at that post:

Speaking about Vikram, the film also starred Vijay Sethupathi and Fahaadh Fasil in pivotal roles. The action thriller is supposedly a party of the LCU, Lokesh Cinematic Universe, that the filmmaker is keen on creating. Starting with the Karthi starrer Kaithi, Vikram is supposedly the second in the franchise. The third one is expected to feature Thalapathy Vijay as the leading man. On the other hand, Vikram, which released in multiple languages including Hindi, opened up to rave reviews and the gore action drama featured Kamal in a power packed role. The film is expected to premiere on July 8 on Disney+ Hotstar.