South superstar Mahesh Babu, who was last seen in the Keerthy Suresh starrer Sarkaru Vaari Paata, has taken off on a holiday to spend some quality time with his family. After a holiday in Europe, they recently reached United States where they are seen enjoying each other’s company. Earlier today, the South superstar had a fan boy moment of sorts when they bumped into the legendary Bill Gates. 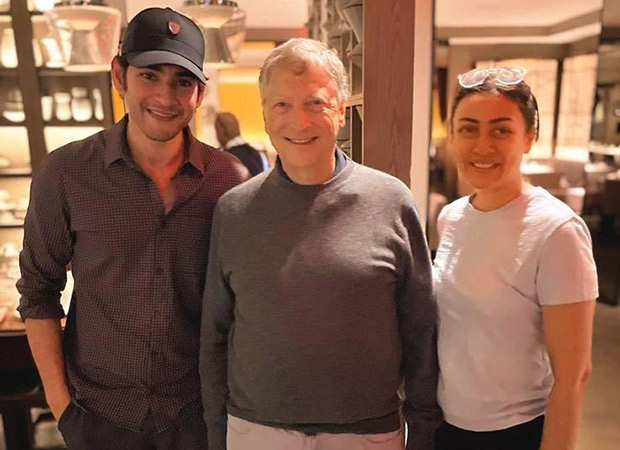 Speaking about the fan boy moment the South Prince encountered, a source close to the actor described it saying, “Mahesh Babu is a big fan of Bill Gates and got thrilled upon meeting the legend. While millions of fans ask and take pictures with Mahesh, the superstar turned fanboy and got a photo with the Microsoft founder.” The star also shared the photo on social media saying, "Had the pleasure of meeting Mr. @BillGates! One of the greatest visionaries this world has seen... and yet the most humble! Truly an inspiration!!," The said photo featured him posing with his wife Namratha and Bill Gates.

The actor also shared many photos and videos from his recent family trip to US on Instagram.

Speaking about his films, Mahesh Babu will be next seen in SSMB28 where he will be joining hands with Trivikram Srinivas. While this will be his collaboration with the filmmaker after Khaleja, the film is expected to also star Pooja Hegde and Samyuktha Menon.