South star Yash seems to have a talent when it comes to target practicing. A recent video shared by the KGF star of him practicing with the rifle at a shooting range seems to have gathered ample positive reactions from his fans. The actor was not alone though! He was accompanied by the renowned American director, martial artist, actor, and stuntman, J. J. Perry. 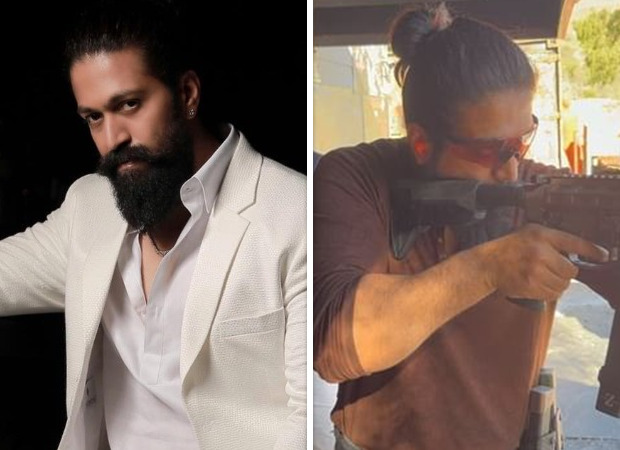 KGF star Yash shares a video of him target practicing and his aim is bang-on!

For the uninitiated, Yash was seen with Argo and Total Recall Stunt coordinator J.J. Perry in Los Angeles. The actor was seen doing target practice at a shooting range and fans of the Kannada superstar got a glimpse of his rifle shooting skills. It seems that his social media followers were quite impressed with Yash’s brilliant rifle performance and posted appreciative comments on the Instagram page. Yash shared the video with a caption that read, “here is always a way to reach the target, the challenge is to spot it!! Thank you my man @jjlocoperry , what a fantastic day!! Next time it's gotta be Kalashnikov !!” For the uninitiated, Kalashnikov is automatic rifle based on the original design of Mikhail Kalashnikov and is popularly known as the AKs or AK series.

Owing to his post, while some fans shared their enthusiasm by dropping heart and fire emojis, some others were curious about what was brewing between the stunt coordinator and Yash. One of the commented saying, “Rocky Bhai in real pubg game play” whereas another one said, “Next Yash wick of india”. An enthusiastic fan also believed it to be a practice session for KGF 3 and wrote, “KGF 3 KI TAYARI”

Although there hasn’t been much information, it is being said that KGF 3 is definitely in the pipeline, especially considering the stupendous success of KGF Chapter 2. As of now, director Prashanth Neel is busy with the Prabhas starrer Salaar which also stars Shruti Haasan as the leading lady.

Also Read: SIIMA 2022: Yash manifested and initiated the idea of bringing SIIMA to Bengaluru; opened avenues for many other prestigious awards in Karnataka and other states