On Tuesday, film producer Boney Kapoor unveiled Kartikeya Gummakonda’s first look from his upcoming film Valimai. Kartikeya, who was celebrating his 29th birthday yesterday is said to be playing the role of the main antagonist in the movie. The film stars Ajith Kumar in the lead role. 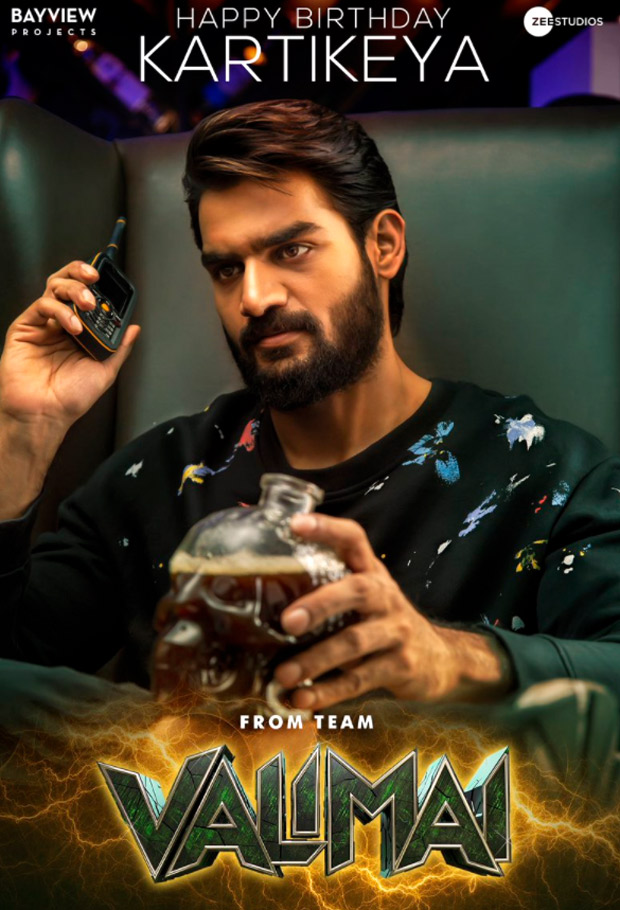 In 2018, Kartikeya made his acting debut with RX100. The actor who has established himself as an action hero in Telugu cinema with movies like Hippi, Guna 369, Nani’s Gang Leader and 90ML, is all set to mark his debut in Tamil.

The long-delayed production of Valimai finally came to an end this month. The final schedule of the shoot happened in Russia with Ajith. The actor is playing a cop in the film, which is helmed by H Vinoth.  Valimai is Vinoth’s second collaboration with Boney and Ajith after Nerkonda Paarvai, which was the official Tamil remake of Hindi movie Pink.

Also Read: Thala Ajith goes for road adventure with his bike: after wrapping shoot for ‘Valmai’