Last Updated 29.06.2022 | 7:09 PM IST
feedback language
follow us on
Bollywood Hungama » News » South Cinema » Kamal Haasan weighs in on North vs South debate – “For me, Kanyakumari is as much yours as Kashmir is mine”

Tamil superstar Kamal Haasan is gearing up for the release of Vikram starring Fahadh Faasil and Vijay Sethupathi. For the same, the actor attended a promotional event in Delhi. With the South industry seeing massive success in the North belt, Hindi cinema has faced several bumps with few hits post pandemic. With the being said, many have weighed in on the ongoing debate between the industries including superstar Kamal Haasan. 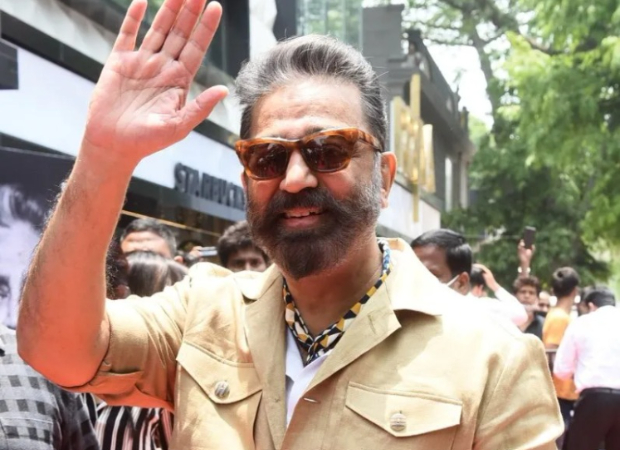 Kamal Haasan weighs in on North vs South debate – “For me, Kanyakumari is as much yours as Kashmir is mine”

The actor is busy promoting Vikram. When asked about the debate, he says that he is an Indian first. “I am an Indian, what are you? For me, the Taj Mahal is mine and the Madurai temple is yours. Kanyakumari is as much yours as Kashmir is mine,” the actor said, according to Indian Express.

When asked about the pan-India phenomenon, he said that it is new term but Indian films have always worked regardless of the language. "When you pan for gold, you pan for new words, coinages. Pan-India (films) have always been there," he told PTI. “Shantaram ji (V Shantaram) did pan-India films. Padosan is a pan-India film. Mehmood ji almost spoke Tamil in the film. What do you call Mughal-e-Azam? It's a pan India film for me. It's nothing new. Our country is unique. Unlike America, we speak different languages but we are united. That's the beauty of this country. We will always be making pan-India films. It depends on how good and universal the film is. Then, everyone would like to see it. Chemmeen, a Malayalam film, was a pan India film. They didn't even dub it, there were no subtitles and people enjoyed it.”

Vikram is written and directed by Lokesh Kanagaraj. The film also stars Vijay Sethupathi, Fahadh Faasil and Suriya. It is set to release in theatres on June 3.