On Tuesday morning, Telugu film celebrities including Chiranjeevi and Nagarjuna were spotted outside their respective election booths to cast their votes for the ongoing Greater Hyderabad Municipal Elections 2020. The actors posed for photographs and showed off the ink on their finger after voting. 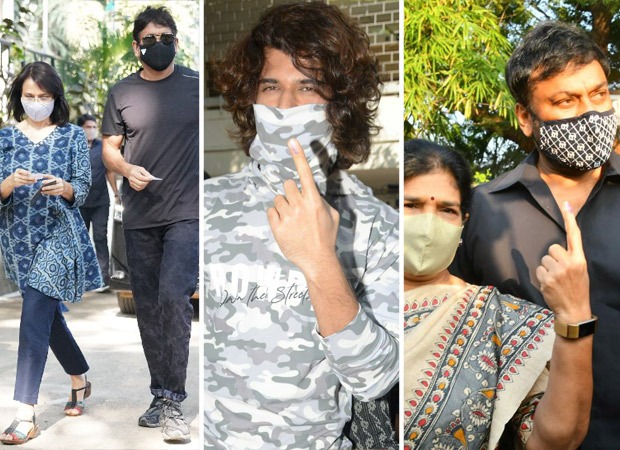 Nagarjuna and his wife Amala were among the first ones to arrive to vote at the Jubilee Hills. Chiranjeevi arrived with his wife Surekha Konidela to cast their vote. Vijay Deverakonda who also arrived to cast his vote spoke to the media and requested all to cast their votes without fail. He was accompanied by his brother and actor Anand Deverakonda.

Laksmi Manchu was also spotted showing off the ink mark on her finger after casting her vote.

Our Right to Vote is one of the most powerful tool our constitution has given us. Exercise your democratic right and GO VOTE today. Only you can change the future, your voice matters, your vote matters. ????????#LakshmiManchu #LakshmiUnfiltered #GHMCElections #RightToVote #VoteNow pic.twitter.com/mNB87zlFfr