As fans eagerly awaited the title and first look of Suriya 41, they were in for a treat when the makers took to social media to share it’s details last evening. In a post shared by the actor and the team, they not only revealed the first look of the film but also posted the title for the Tamil and Telugu film as Vanangaan and Achaludu. Besides that, the first look too was shared along with birthday wishes for the director Bala. 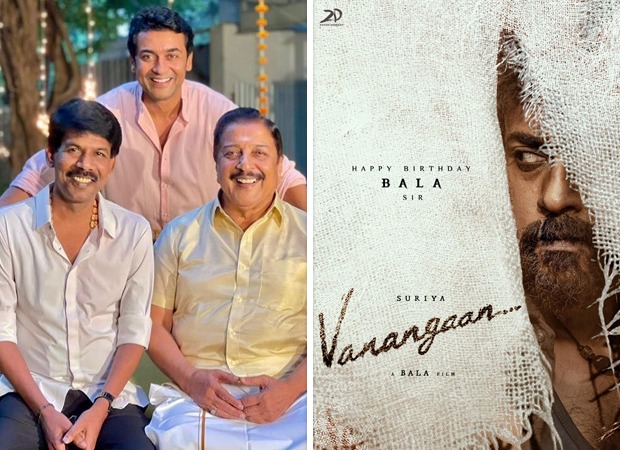 First Look: Suriya 41 gets its title as Vanangaan; Makers announce it on director Bala’s birthday

Director Bala, who turned a year older just a day ago, will be joining hands with Suriya for his next. As a part of the birthday wish, Suriya took to Instagram to give a name to his forthcoming film Suriya 41 and announced it along with a series of first look posters in different languages. The actor posted in Tamil saying (Transl.), “Happy to be reunited with you… Wish you a very Happy Birthday brother… #DirBala #Vanangaan #Vanangaan #Achaludu. The first look poster of the film also features Suriya in an almost unrecognizable avatar where we can see him sporting brown beard and mustache. Here, have a look at the post:

Needless to say, the recent post was a special treat to the South superstar fans, who have been waiting for these details for months. Speaking of Vanangaan, the film also features actress Krithi Shetty and Mamitha Baiju whereas the rest of the details of the cast is currently kept under wraps. Interestingly, Suriya is reuniting with Bala after almost 20 years, after they did some of their most popular films like Nanda co-starring Laila and Pithamagan with Vikram, also co-starring Laila and Sangeetha.