Mahesh Narayanan’s directorial C U Soon starring Fahadh Faasil, Roshan Matthew and Darshana Rajendran released on September 1 and has been receiving a positive response. The director who is also the writer and editor of the film terms it as experimental film. In an exclusive conversation with Bollywood Hungama, Mahesh Narayanan discusses the limitations of storytelling in a screen based format. 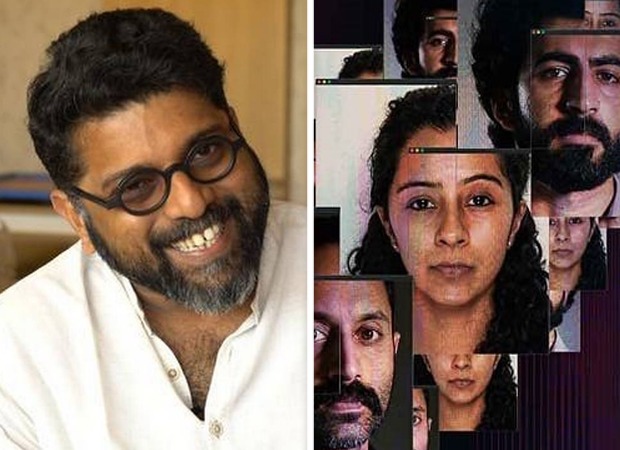 Talking about the criticism the film has received, Mahesh says, "There has been a lot of criticism. Like what is the logic of turning the front camera and back camera, whether ethical hacking is right, whether tracking IP addresses is morally right or not. There are many questions which have been raised on social media. I am happy that some kind of conversation and dialogue is happening."

The screen based narrative is a first for Mahesh Narayanan. He pointed out how the format can limit the amount of information shown on screen. "It is not the conventional way, where I have the camera with me or I have the premise with me because everything is with the characters so there should be a logic or purpose for the characters to turn on the camera," he says.

To further explain the limitations, he cited the example of a scene from his film. "When Jimmy and Anu meet he shows Anu's wound to his doctor friend and people have asked whether it is the first time they are meeting. It is not their first meeting, there is a flashback to it but I cannot show it because there is no reason for them to turn on the camera there. After their conversation in the pub, Jimmy would have ran to her apartment, met her in the basement, they would have had a warm moment. He would have noticed her wound and hurried to the hospital with her. But she would not be agreeing to it as she does not want to give a statement against her father. There would have been an argument at that point. He would also provide her first aid and at that point he is turning on the camera in Google chat as he talks to his doctor friend and shows Anu's wounds to him. This is the kind of setting people have to imagine in their mind. That is the restriction I have while writing. Relationships are there but I can't give away the straight definition of a relationship through this format," he explains.

There have also been discussions of people who are not particularly tech friendly finding it difficult to keep up. Speaking about the same, the director says, "C U Soon is written for a niche set of audience. Only people who are friendly with these virtual devices will understand how these formats function or how we communicate even the emoji signs. The first 10 mins I have given a setting space where all kinds of communication is only happening through text."

"Since it is a screen based film I even informed my producer friend Fahadh that at one point people will forget the form and focus on the content. After editing when the virtual cinematography process was going on I realised that giving away too much information is also risky," he adds.

Writing for the film has also been a very different experience as opposed to his other films. "It is very difficult to write as the device is not with me. First, I had to do the back stories of the characters and understand where they come from. So if you closely examine the film, I have used some transition points, like Anu's wound is a transition point, where you see the wound first, then you see that it has healed a little and finally when she is leaving the house there is only a mark left. So it indicates a week or 2 weeks a gap," Mahesh Narayanan says.

In order to make space for subtitles and for an enhanced cinematic experience, the filmmaker opted for the cinemascope view. He added the cinemascope bar so that the subtitles could come within it. This is in contrast to films like Searching and Unfriended which also use the screen based format but were made in full screen mode. "But it does not work for all device, because it is not meant for a particular device. That was a drawback for the format," Mahesh says.