Actor Roshan Matthew has had a string of hit films in the recent past with Moothon, Thottappan, Kappela and Choked. He will next be seen in the film C U Soon which has been shot in 18 days during the lockdown. An experimental film, directed by Mahesh Narayanan, it also stars Fahadh Faasil and Darshana Rajendran in the lead. In an exclusive conversation with Bollywood Hungama, Roshan Matthew opens up about the film, why he likes playing flawed characters and his passion for theatre. 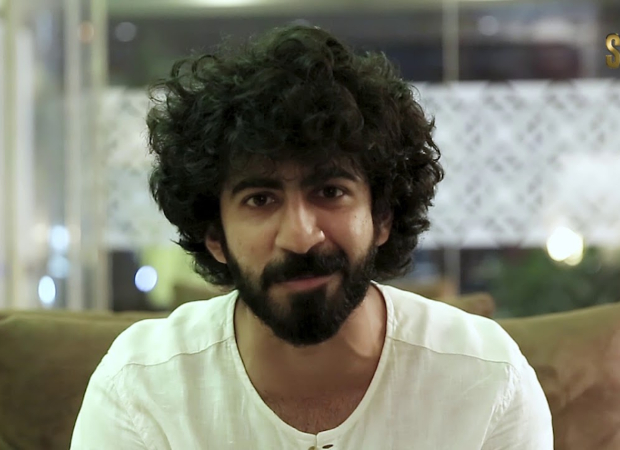 Talking about C U Soon, Roshan said, “The story idea is something Fahadh Faasil and Mahesh Narayanan had discussed during their first film together- Take Off. So the format or the possibility of using a screen based narrative language was something they started to talk about during the lockdown. They needed a story that would blend itself in this format and the story seemed perfect and it all came together. By the time I and Darshana were contacted they already had the first draft of the script.”

Talking about the process of shooting the film in Kerala during a nationwide lockdown, Roshan said, “We were a very minimal crew. We moved into the same building and it is mostly within those spaces the film was shot, so we were able to be around each other. But because of the context there was a lot of restriction which otherwise would not have been there.”

This is the first time Roshan has collaborated with Fahadh Faasil, but he feels like it is only a “half experience”. “It was great. It felt like I only half worked with him because mostly it was listening to him in his scenes and him listening to me in my scenes. We were never really able to be in the same space together that was just the format of the film. It was honestly a long time dream to work with him,” he said.

From the trailer, Roshan’s character Jimmy comes across as suspicious and mysterious. In the past, Roshan has played flawed characters especially in Kappela and Thottappan. Reasoning his love for flawed characters, he says, “I feel like flaws are a necessity, because the moment  you remove all the flaws  the character becomes unrelatable because who doesn't have flaws. It's just about how much of the flaws come out in what you really do, how it manifests in your actions or mainly how much of the flaws are there maybe. Maybe some people have a lot and some people have little, but there is no one who has none. I like flawed characters, I find them relatable.”

In 2019, Roshan grabbed eyeballs with his performance in Geetu Mohandas’s film Moothon which was a critical and commercial success. His life has sure changed post the film owing to the reach the film had. “The film started changing me and everything around me right from the time I started shooting for it. Then the movie came out, the kind of national and international festivals, the work that has come from it, or the kind of people who have reached out to me  with kind words of appreciation all of it meant a lot to me,” he said.

Moothon led to him bagging his first Hindi film titled Choked directed by Anurag Kashyap. While the actor did think that it would be different owing to a different culture and language, it did not quite feel that way. “Maybe it is because of Anurag’s  way of working. It felt very similar like a Malayalam movie or a Moothon in terms of the experience. I had  a great time and he(Anurag Kashyap) is great to be associated with.”

Apart from cinema, Roshan is also active in theatre. He had recently directed a play titled A Very Normal Family and was working on his second production when the lockdown started. Since he could not go ahead with it he started working on a two actor play. “We finished preparing the two actor play but to showcase it or to do shows of it we will need the situation to get back to what it was or get better. The whole idea is that when I don't have film happening  theatres is what I do to keep myself occupied,” the actor said.

When asked if going forward theatres would take a backseat for films, the Koode actor says, "I feel like in terms of timeline and scheduling I always prioritize films and then try and fit in theatre to how the films are planned. Purely because of the fact that film involves a lot of people and everybody's schedule has to match so I  don't have that much freedom. With theatre it is a maximum of 10 people."

"Kochi is not a city with an active theatre culture. So almost everyone I collaborate with in theatre are working in films or looking for work in films. So we all know that when a film opportunity comes you will have to prioritize that and go because that is your sustenance, that is what will give you money. This is something we love doing and we are extremely passionate about it but purely for that fact that you can't pay your rent by doing a play in Kochi not yet at least," he added.