Yuvarathnaa is a tale about human values in the backdrop of a college campus. Written and directed by Santhosh Ananddram and produced by Vijay Kiragandur under the banner Hombale Films, 'Yuvarathnaa' features Sayyeshaa, Dhananjaya, Diganth Manchale, Sonu Gowda, Prakash Rajin pivotal roles. Starting April 9th, Prime members in India and across 240 countries and territories can stream Yuvarathnaajust a weekafter its theatrical release. 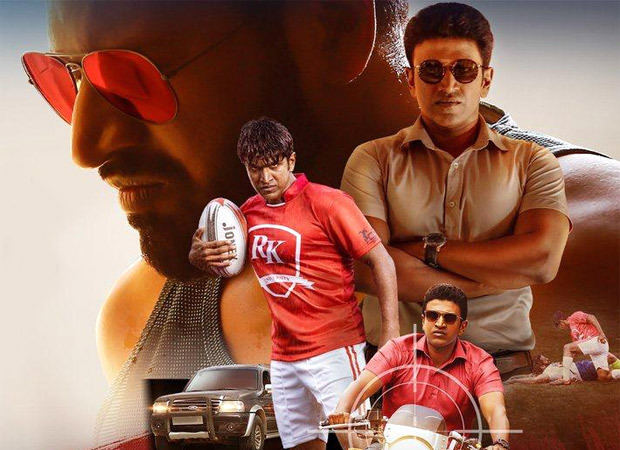 Yuvarathnaa revolves around the story of a reputed college that is now on the verge of closing due to the privatization of the education system linked to politics. The Principal of the university fights against privatization and Arjun aka Puneeth Rajkumar who joins Rashtrakuta University as an engineering student supports his mission. What happens next? Will they succeed in their mission?

Vijay Subramaniam, Director and Head, Content, Amazon Prime Video shared, “Amazon Prime Video has always endeavoured to collaborate with the finest filmmakers in the country to offer the best content across genre and language and we’re proud of our continuing relationship with Hombale films. Yuvarathnaa is a quality addition to an already existing line-up of exhilarating and exciting Kannada movies on Amazon Prime Video. The movie has tasted tremendous success in cinema halls and we are delighted to offer the movie, soon after its theatrical release to our audiences across the world.”

“Puneeth Rajkumar knows how to turn a director’s vision into realityand that’s precisely why he is a delight to work with. With Yuvarathnaa’s success, I am thrilled to mark another super hit film with him," said writer and director, Santhosh Ananddram. “There's a lot to look forward to in the film, right from its stellar principal cast to its storyline and subject matter, and fans have already been going gaga post the film’s theatrical release. We wanted to share this film with a larger audience set, so that everyone can enjoy this film from the comfort of their homes. I am confident that the film will do wonders with its digital release across 240 countries and territories. The film is ought to entertain fans with an ample dose of action, sentiments, comedy, and a dash of romance," he added.

Sharing his excitement ahead of its digital premiere, lead actor Puneeth Rajkumar shared, “Collaborating with Santhosh Ananddram and Prakash Rajafter four years was like a homecoming. The film highlights relevant and important topics and, is driven with quirky punch lines, power-packed action sequences, and emotional drama making it a complete entertainer. I am glad to share the Box-office success with the entire team and can’t wait enough to have the film’s digital premiere on Amazon Prime Video across the global audiences.