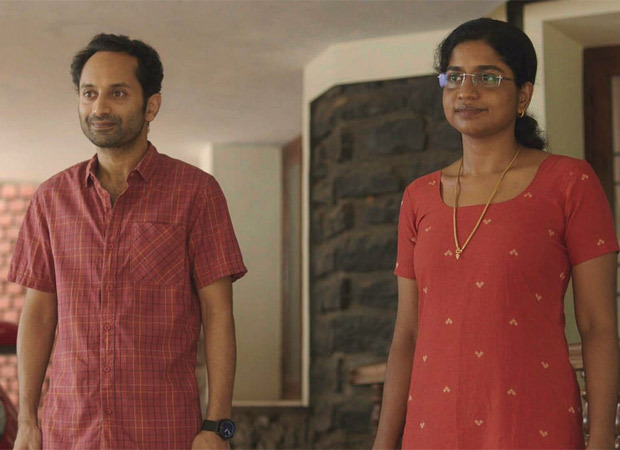 Amazon Original Movie Joji’s trailer has been receiving overwhelming response for promising yet another intriguing tale by successful trio – Actor Fahadh Faasil, Director Dileesh Pothan and Writer Syam Pushkaran. Apart from giving a fresh and modern twist to the world-famous tragedy, William Shakespeare’s Macbeth, Joji also brings a truly contemporary touch to the narrative! Joji is a story of greed and power set in COVID era, becoming one of the first Malayalam films to be set in pandemic.

Interestingly, the seed of film was also sowed during these unprecedented times. “During the lockdown time, thoughts and discussions about the new movie was very much alive. There were regulations all over and we were worried about how long the pandemic will stay and how it will affect the shooting process. We thought about the stories in confined spaces rather than on a vast canvas,” said Dileesh, who along with writer Syam Pushkaran, began working on the script inspired by Macbeth.

When asked about weaving COVID in the film’s plot, he added, “How can we not mention COVID while we are telling a story that takes place in 2021?” The film’s shoot began in November 2020 and was completed in 65 days. It was shot in Erumeli of Kottayam District in Kerala.”

Speaking of the overall experience of shooting in the pandemic, Dileesh said, “Unlike other sets, everyone seemed to be in some kind of tension and pressure about the pandemic. Everyone just focussed on their work and tried to finish it off without getting effected. The concentration was to execute the shoot effectively with no space for negligence.”

Adding further about the challenges of shooting in the pandemic, he continued, “COVID definitely was one of the biggest challenges, right from the pre-production stage. Even at the discussion phase, we couldn’t travel or meet up often. The whole team stayed together for a long period throughout the process.”

“Film making earlier involved the close interaction with the actors and the crew. Protocols completely changed the scenario. We were supposed to maintain a safe distance even while explaining a scene to the cast or communicating with the crew. The technical crew were supposed to sanitize the equipment before handing over to his assistants or associates. Film making amidst laid down protocols was a first-time experience.”

From regular temperature checks on daily basis, crew quarantining after the shoot hours, RTPCR testing for everyone joining the camp, the whole team was determined and co-operated to keep COVID out of the sets and successfully complete the shoot.

Set in contemporary times, the movie’s story revolves around Joji, an engineering dropout and the youngest son of the rich plantation family who lives with his aspirations of becoming a super wealthy NRI. But his father sees down on him and thinks of him as nothing more than a loser. Driven by greed and blind ambition, Joji finally decides to execute his plans following an unexpected event in the family.

Joji is now available to stream exclusively on Amazon Prime Video in India and across 240 countries and territories.