Pawan Kalyan starrer Vakeel Saab is all set to hit the theatres on Friday, April 9. The film will mark the comeback of Pawan Kalyan on screen after a gap of three years. While the shooting of the film had commenced a year ago, it got delayed because of the pandemic. 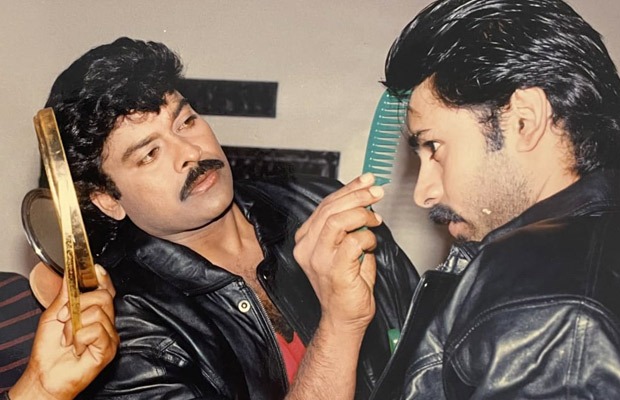 Now, with the film nearing its release, superstar Chiranjeevi took to Twitter to share an unseen picture with Pawan Kalyan. In the picture, Chiranjveevi can be seen fixing Pawan Kalyan’s hair as the two seem to get ready for a show or scene.

Sharing the picture, Chiranjeevi expressed his excitement to watch Vakeel Saab and share his reactions on the same.