Last Updated 28.01.2020 | 7:45 PM IST
feedback language
follow us on
Home » News » South Cinema » Allu Arjun says that he does not see himself play an intense role like Vijay Deverakonda in Arjun Reddy

Allu Arjun is currently gearing up for the release of his upcoming film Ala Vaikunthapurramloo. The film also stars Pooja Hegde and Tabu. Allu Arjun has been working in the Telugu film industry for nearly 20 years now. 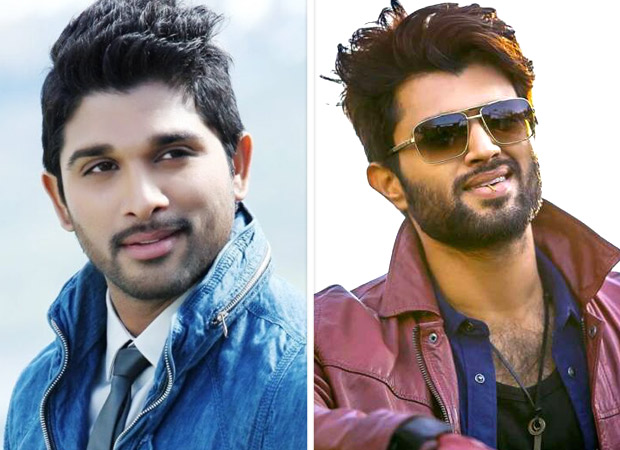 In a recent interview, Allu Arjun was asked about the rising Telugu star Vijay Deverakonda and whether he is a game for intense roles like Arjun Reddy. Responding to this Allu Arjun was all praise for Vijay Deverakonda, He said that Vijay did exceptionally well in Sandeep Reddy Vanga directorial Arjun Reddy. The actor further said that he would enjoy such intense movies but he does not see himself play an intense role.

Arjun Reddy was released in 2017 and Vijay Deverakonda played the titular role. The film was well-received by critics and the audience and gave a boost to Deverakonda's popularity and career.

Meanwhile, Ala Vaikunthapurramloo is directed by Trivikram Srinivas, produced by Allu Aravind and Radha Krishna under the banner of Geetha Arts and Harika & Hassine Creations and the music is composed by Thaman. The film is slated to hit the theatres on January 12.