After being in production for almost five years, Nikhil Advani's debut animation directorial venture, Delhi Safari has finally seen the light of day, with seducing Indian spectators to throng cinemas. The film revolves around the subject of deforestation, with five animals traveling from Mumbai to Delhi to fight for their home from being encroached upon by builders. The film is being lauded as the best animation film to come out of India yet, abetting to its success is Pune based Krayon Pictures that started up with Delhi Safari. Nishith Takia, Co-founder of Krayon Pictures along with Arpan Gaglani, the Creative Director, headed a team of 200 odd artists to churn out 1800 shots that made up the entire Movie. Talking about the 5 year ordeal in making the animation feature Nishith says, "We started out in November 2007 and the last shot of the film was delivered December of 2010. Thereafter, we spent six months in making it 3D stereoscopic here at Krayon, we've also had Vikramaditya Motwane along with a horde of writers on board the team to accomplish our mission. The film also has the credit of roping in an ensemble cast consisting of Akshaye Khanna, Boman Irani, Suniel Shetty, Prem Chopra, and Urmila Matondkar amongst others. Bollywood Hungama's Philip Bode gets Nishith Takia along with Arpan Gaglani to talk about, the magnitude of the animation work involved in making Delhi Safari. 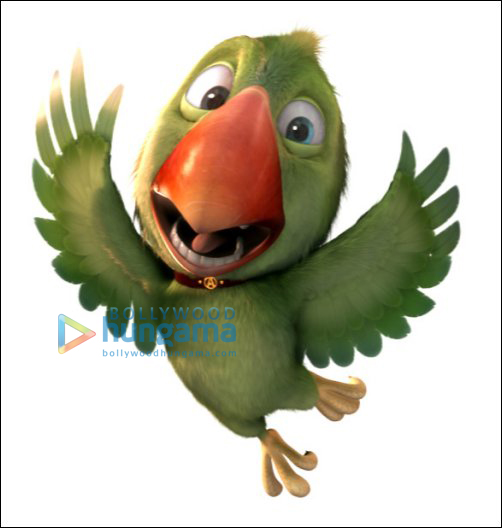