Akshay Kumar and Katrina Kaif are all set to grace the Kapil Sharma’s show on Sunday. Ahead of the episode’s premiere, a new promo went viral on social media where Katrina can be seen touching Akshay’s feet. 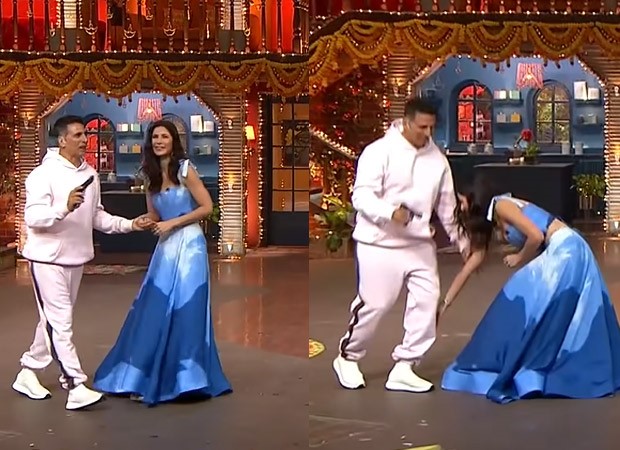 The actors will be coming to promote their recently released film Sooryavanshi directed by Rohit Shetty. This also marks Akshay’s debut in the filmmaker's ‘cop universe’.

In the promo, shared by the makers on Instagram, Katrina greeted Kapil Sharma and Archana Puran Singh but missed out Akshay. He was clearly unhappy with her gesture and decided to bring it up immediately.

Katrina agreed and tried to make up immediately. “Nahi, nahi, sahi baat hai (No, no, you're right),” she said and touched Akshay's feet while he joked, “Ye dekho, ye hai respect of seniors (See this, this is the respect she has for seniors).”

Also Read: Katrina Kaif looks like a dream in a tie-dye Prabal Gurung creation as she promotes Sooryavanshi on The Kapil Sharma Show