Actress Taapsee Pannu is back to work and how. After spending a few days in the Maldives, she simply dived into work and even wrapped up Haseen Dillruba earlier this week which stars Vikrant Massey. Now, she has begun work on her next film which is Rashmi Rocket. 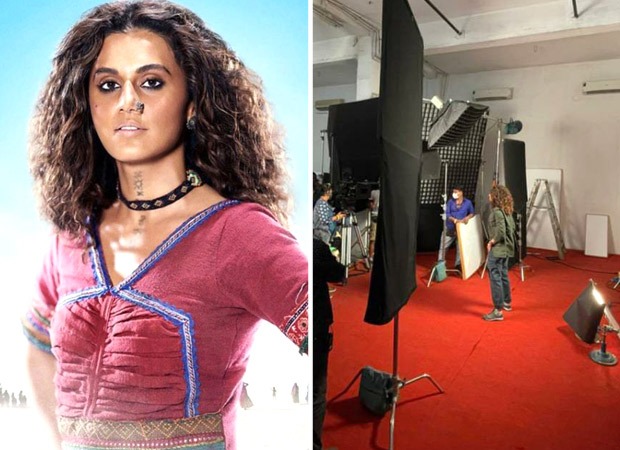 Sharing the photo on her Instagram story, Taapsee Pannu wrote, “And new chapter ka prologue is se. Look trial for #RashmiRocket.” She was on the set surrounded by the crew gearing up for some shots. 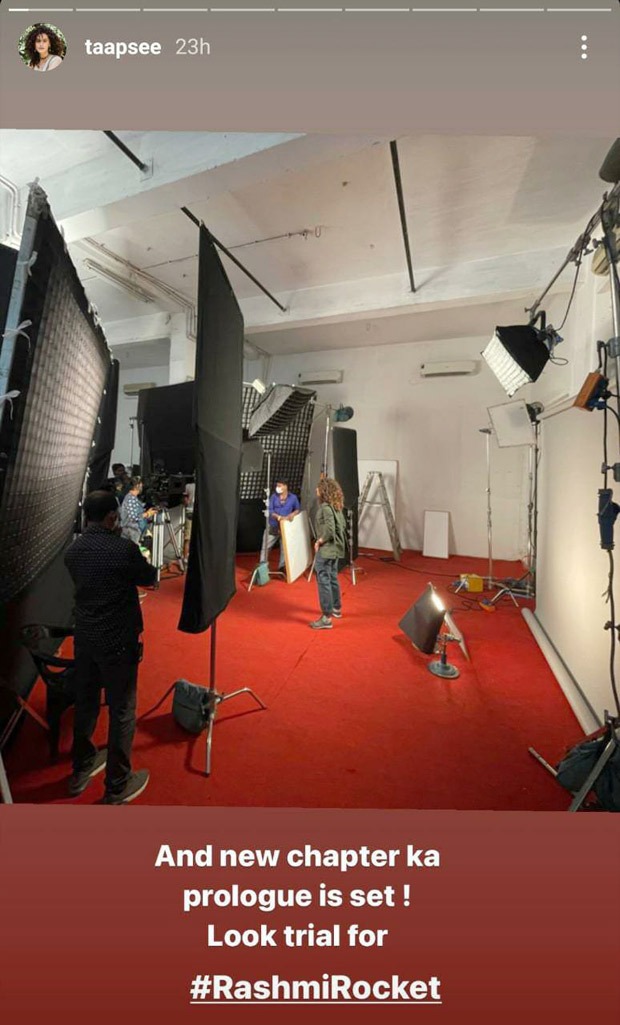 A few days ago, it was revealed that she was supposed to head to Bhuj for her next. Amid the heavy rainfall, the schedule has now been postponed. Instead, they are using the same dates of November and will commence the Pune schedule shoot.

Beginning in the salt pans of Kutch, Rashmi Rocket is about a young girl from a village, blessed with a gift - SPEED. She's an incredibly fast runner. The village fondly knows her as “Rocket”. When she gets a chance to showcase her talent professionally, she excels but also realizes that the race to the finish line is peppered with many hurdles, and what seems like an athletic contest turns into her personal battle for respect, honour, and even her very identity.

The film is written by Nanda Periyasamy, Aniruddha Guha, and Kanika Dhillon. The film will be helmed by Akarsh Khurana who directed Karwaan.

Rashmi Rocket, produced by Ronnie Screwvala along with Neha Anand and Pranjal Khandhdiya, is set to release in 2021.

ALSO READ: Taapsee Pannu wraps up the shooting of Haseen Dillruba with Vikrant Massey, says film has probably experienced all seasons and emotions

Taapsee Pannu shares glimpses from her…