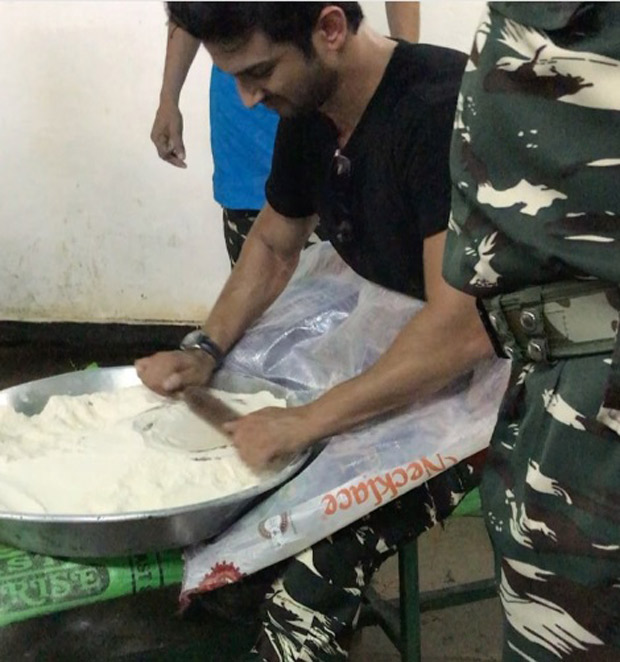 Last month, we reported how Sushant Singh Rajput spent some quality time at a CRPF camp in Manipur. Only few images and a video, showing him training like a commando, were out. But now on the occasion of India’s Independence Day, Sushant Singh Rajput have posted three more videos from his experience at the camp, that are a must see!

On the film front, Sushant Singh Rajput recently had a release, Raabta, which unfortunately flopped at the box office. He is about to start work on the space drama Chandamama Door Ke, for which he even trained in USA’s prestigious NASA. Simultaneously, he’s also working on his Kai Po Che director Abhishek Kapoor’s next, Kedarnath. It’s also the launch vehicle of Saif Ali Khan’s daughter, Sara.

Making round rotis as we prepare our lunch after our Commando training. #JaiJawan #JaiHind #ndtv watch it today!! #happyindependenceday

And flying some helicopter with #CRPF jawans. #JaiHind #happyindependenceday
A post shared by Sushant Singh Rajput (@sushantsinghrajput) on Aug 15, 2017 at 12:21am PDT

And a different kind of shooting with INSAS rifle. Back to back Bullseye!! #JaiJawan #JaiHind #happyindependenceday