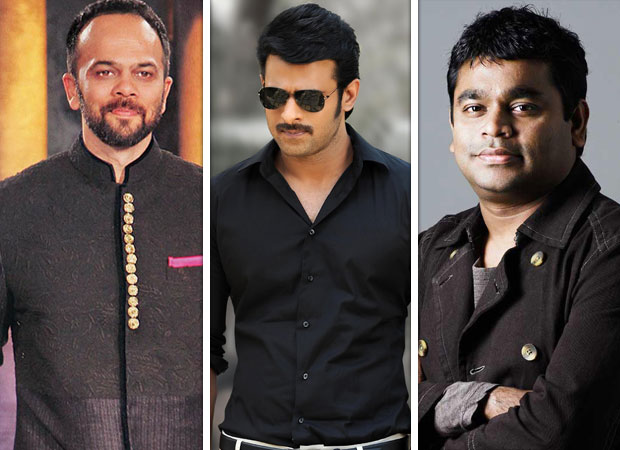 At a recent meet, ace director Rohit Shetty (South Indian by birth incidentally) refuted the buzz that he was doing a Hindi film with Prabhas. He stated that after a hit on the scale of the Bahubali franchise, Prabhas cannot do something less extraordinary.

Now, this is the irony that sums up the Hindi film careers of South Indian actors, a saga that is going on in full force since the early 1980s. Yes, there were heroes from the South earlier too, right from the first-ever South film, Gemini Studios’ Chandralekha, the 1948 bilingual that starred M.K. Radha and Ranjan. Later giants like MGR, Gemini Ganesan and Sivaji Ganesan had also done one or two Hindi films that did not go anywhere.

Chandralekha opened the doors of the South to Hindi cinema. There has since been a great cultural exchange in artistes on and behind the screen between Hindi films and the cinema of the four South languages, especially but not exclusively Tamil and Telugu.

In such films, we also got legendary writers, including some of the above, though the spoken dialogues and lyrics had to be entrusted to Hindi or Urdu writers. Ace cameramen, art directors, editors, choreographers, stunt coordinators, sound and song recording wizards and others also came in, occasionally even doing completely Mumbai-based Hindi films.

The South’s greatest triumphs lay in furnishing heroines for Hindi cinema. Among the major forces were Vyjayathimala, Padmini, Waheeda Rehman, Hema Malini, Rekha, Sridevi and Jaya Prada besides a bevy of lesser names.

And so we come back to the area where the South has—commercially— failed to make an impact in Hindi cinema. This is where, mysteriously, the Hindi film asserts itself as a pan-Indian entity and has similarly rejected heroes from even Punjabi, Oriya, Gujarati, Marathi and Bengali cinema. But no one has made more valiant attempts in this than the men from the South, especially in the last 30 years. 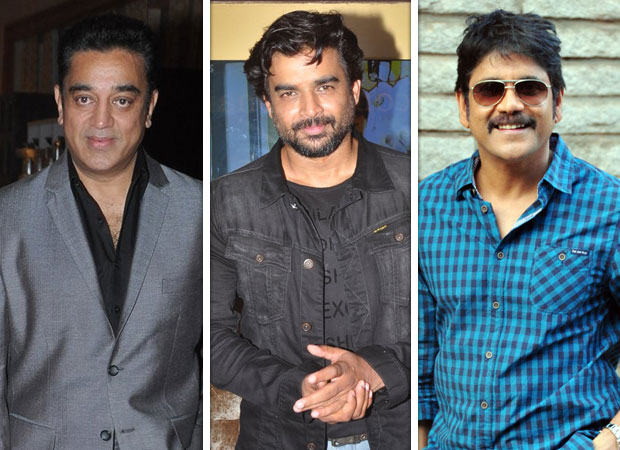 The Southern invasion that wasn’t

Kamal Haasan became the first Tamil hero to really hit it big, with 1981’s Ek Duuje Ke Liye. But from his follow-up films, only Sanam Teri Kasam and Geraftaar made a slight dent. Films launched with him but never made included a film with Dev Anand as co-star and a Subhash Ghai musical. But Kamal never gave up. In the ‘90s, the dubbed versions of his films, Appu Raja and Hindustani, became successful. So did his Hindi production Chachi 420. Since then, Kamal Haasan is still making Hindi versions of his films—some of them big like Dashavatar and Vishwaroop, but without Hindi success.

Rajinikanth, in 1983, came up with the box-office smasher Andhaa Kaanoon. However, he never could give a solo Hindi hit, and many of his multi-star films also bombed, save a few mediocre successes like Bhagwan Dada, Insaaf Kaun Karega? and Geraftaar again (in a cameo). His sole hit was Hum, which also had Amitabh Bachchan, Govinda and a cult song like ‘Jumma Chumma De De’.

The actor then focused on the South, and soon struck gold through his bi-lingual Robot in 2010, with even the 2007 Sivaji—The Boss becoming a hit in dubbed avatar on TV. He is now cast in the Robot sequel 2.0, but is unlikely to be a Hindi star of commercial clout!

Among the latest names, Prabhas has got a decent fan following outside the Southern region thanks to Bahubali, but everyone knows that the magic was all of director S.S. Rajamouli and his team. He is now doing another tri-lingual Saaho, and there is recurrent buzz about doing a Hindi film. But it is unlikely that he will reach high levels here.

Prabhas’ on-screen antagonist, Rana Daggubati, has wisely steered off lead roles in Hindi films, taking up movies like Dum Maaro Dum and Baby, both ensemble cast movies that did decent and great business respectively. A third film, Department¸ also ensemble, was a washout. He has also acted in The Ghazi Attack, which did just about okay in all its versions.

What is interesting is that this breed, very staunchly, has never given up on repeatedly trying out more Hindi films! Someone like Aravind Swamy, known for dubbed hits like Roja and Bombay as well as Hindi disasters like Saat Rang Ke Sapne and Raja Ko Rani Se Pyaar Ho Gaya attempted to come back with Dear Dad.

A unique case was of Prabhu Dheva, choreographer-filmmaker-actor, who despite a decent start with Humse Hain Muqabala (dubbed), did not make it as a star in the ‘90s. He achieved scant success as a choreographer but turned into a successful director from 2009 (Wanted, Rowdy Rathore) and then became the successful protagonist of fellow-choreographer Remo D’Souza’s ABCD franchise, now on to Part 3!

Of course, in so many cases here, the looks and the accent do make all the difference, because the leading man’s character is more vital than the heroine’s in most cases and so he must have a proper accent and conventionally pan-Indian looks. It is also a fact that not all the names mentioned above want to make a career in Hindi cinema. And the overwhelming majority of those above are talented to very versatile actors.

But that is how things have worked in decades of Hindi cinema. And which is the exception that proves this rule? The answer is an expected (!) surprise, because this man has never played the protagonist in Hindi films and has been only villain or character actor—Prakash Raj!

SHINee is back with intense warning after…