Ever since the first episode of Farah Khan’s show Lip Sing Battle aired on television, the show has been featuring one celebrity after another. After the previous episode which saw Shilpa Shetty turn into Amitabh Bachchan while Farah Khan took on the role of Kimi Katkar as they dance to ‘Jumma Chumma De De’, the latest episode promises to be even better. 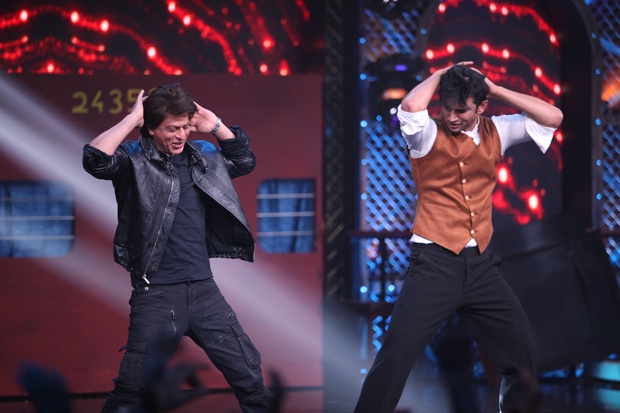 In fact the latest episode features none other than Shah Rukh Khan, Sushant Singh Rajput and tennis ace Sania Mirza. But what caught our attention on the show was Shah Rukh and Sushant’s performance to the track ‘Chhaiya Chhaiya’ from the film Dil Se. Interestingly, the episode was initially to feature only Sushant Singh Rajput and Sania Mirza, however Shah Rukh decided on  making a special appearance that thrilled not just the audience and viewers but Sushant as well.

If that wasn’t all, when Sushant went on stage to perform on ‘Chhaiya Chhaiya’ Shah Rukh Khan who featured in the track with Malaika Arora, joined the actor as they danced to the A R Rahman composition.

All in all, while both Sushant and SRK along with Farah Khan and Sania had a blast, the episode definitely turned out to be Diwali extra special episode.