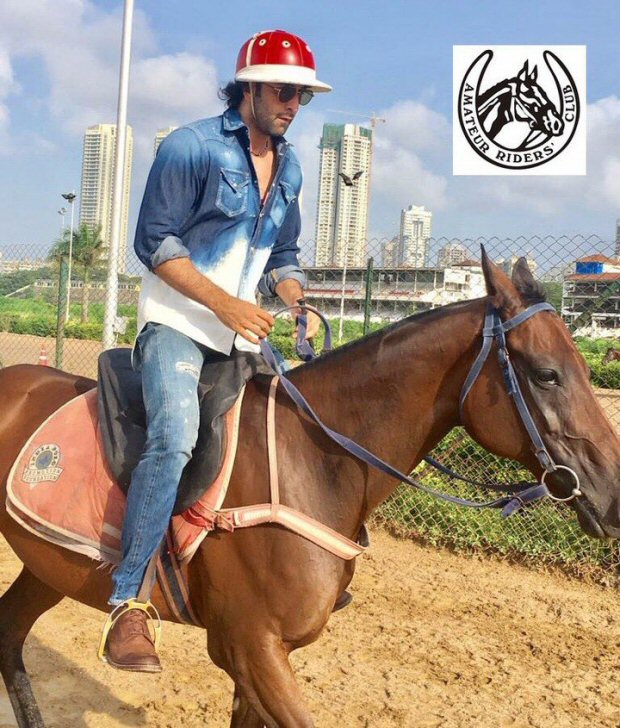 After Jacqueline Fernandez and Kangna Ranaut, it is now Ranbir Kapoor who has taken an interest into horse riding. The actor, who will soon essay the role of a vigilante-superhero, has enrolled himself into Amateurs Rider’s Club in SoBo [South Mumbai] for the same and reportedly has even kick-started his lessons.

From what we hear, Ranbir Kapoor has already completed two lessons and will continue his training for the next couple of weeks in basics like walk, trot, turn and halt. The actor is being trained by Suresh Tapuriah who has previously trained Jacqueline Fernandez as well as Kangna Ranaut when the latter learnt the skills for her period drama Manikarnika.

As for Ranbir Kapoor, the interest in horse riding seems to be much more personal than a part of the film prep. In fact, it is being said that the actor wishes to take forward the lessons to its advanced stages and will be attending the lessons quite regularly. On the other hand, Suresh Tapuriah is all praises for his new student and appreciated his quick grasping skills.

Simultaneously, it has been learnt that the actor continues to also prepare for his next, Dragon which is directed by Ayan Mukerji and features him opposite Alia Bhatt for the first time. While the film has been in the making for almost a year now, we are yet to know the details of its shoot schedules. Besides this, the actor is gearing up for the release of the much awaited Sanjay Dutt biopic, directed by Rajkumar Hirani.

A post shared by Ranbir Kapoor Universe (@ranbirkapooruniverse) on Sep 8, 2017 at 4:34am PDT