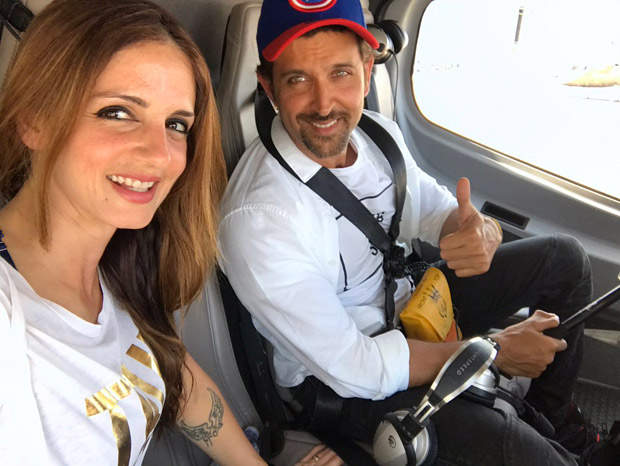 Hrithik Roshan has once again come in the limelight since Kangana Ranaut re-opened the Pandora’s Box and has openly talked about their affair that had made headlines in 2016. While Hrithik Roshan has continued to stay mum on the entire controversy, Kangana Ranaut’s latest interview on Aap Ki Adalat has taken over social media by storm. Kangana Ranaut has once again made some solid comebacks with her controversial revelations about her relationship and the legal battle with the Roshans,

In the interview, Kangana Ranaut revealed that Hrithik Roshan had told her he would never accept her in public as he was married to Sussanne Khan at the time. It was only after the latter separated from him, he assured Kangana of their future together. Now, that Kangana has made some bold revelations, it seems like it has not gone well with Hrithik Roshan's ex-wife, Sussanne Khan.

Hrithik Roshan and Sussanne Khan separated in 2013 and got divorced two years later but have maintained a great rapport. In an interestingly cryptic post on Sunday, Susanne Khan shared a selfie with her former husband Hrithik Roshan while taking a dig at the ongoing ugly and public spat with Kangana Ranaut. Posting a selfie with Hrithik, Susanne wrote, "There is no allegation or a sad evil plot that can have the weight to triumph over a good soul. #mafamilia #powerofthetruth #pureheart."

This is not the first time that Sussanne Khan has come in support of her former husband. In 2016, a photograph of Hrithik Roshan getting cozy with Kangana Ranaut was doing the rounds on social media. Then, Sussanne Khan had shared the real photo from the same party where she was also present. She had tweeted along with it, “Pictures are photo shopped and untrue stories carry too much weight. Another picture for the record. I support Hrithik in this”.

In 2016, Kangana Ranaut and Hrithik Roshan became the talk of the nation when she talked about her silly ex. This ended up in a public legal war which eventually became quite brutal.  Hrithik retorted to this with a rather nasty tweet, writing, “Ther r more chances of me having had an affair with d Pope dan any of d (I'm sure wonderful) women d media has ben naming.Thanks but no thanks.”