We all know that Parineeti Chopra is quite close to her sister Priyanka Chopra and both the sisters have always spoken the love and respect they have for each other. But did you know that she is quite close to Katrina Kaif too? If you didn’t, then her recent post will definitely give you a glimpse of their friendship. In a recent twitter chat conversation with her fans, as she gears up for the promotions of Jabariya Jodi, Parineeti revealed that Katrina gives the best advice here and she had some interesting things to tell about the actress. 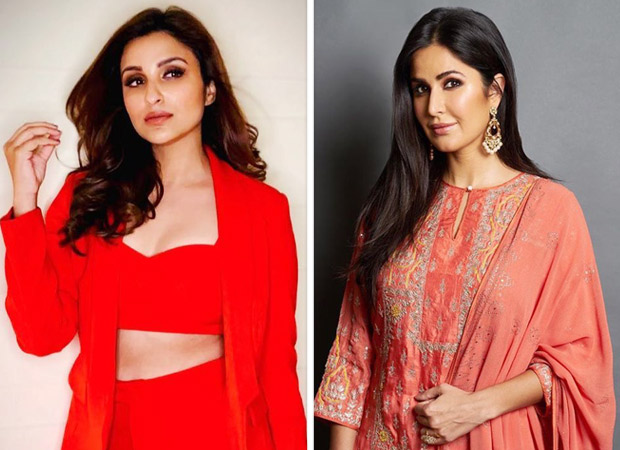 Katrina Kaif and Parineeti Chopra may not have come on screen together but it seems that the two actresses share quite a great camaraderie off screen. It seems that Parineeti, who not only takes tips from her Mimi Di aka Priyanka Chopra, also takes advices from Katrina Kaif. In a recent twitter chat with her fans, one of Pari’s fans asked her if she would describe Katrina in one word! To the same, Parineeti answered, “She always has the best advice in the WORLD!!!! And sees the best in everybody #KatrinaKaif #AskParineeti.”

She always has the best advice in the WORLD!!!! And sees the best in everybody ???? #KatrinaKaif #AskParineeti https://t.co/rUJCkpBB9Y

On the work front, Parineeti Chopra is gearing for the monsoon release Jabariya Jodi starring Sidharth Malhotra. The film is slated to release on July 12. The actress will also be seen in Saina Nehwal biopic and The Girl On The Train remake.