Parineeti Chopra has been neck deep in intense practice sessions for her Saina Nehwal biopic and she has revealed through her social media account that she is now learning Saina’s body language and has carved out extra hours for the same. “Pari is training 6 days a week to perfect her badminton skills. These sessions usually happen in the afternoon for about 2 hours each session as Parineeti is usually spotted by the shutterbugs around this time. However, today Pari posted an image in the morning that showcased that she is watching Saina’s game videos and taking elaborate notes on the same. Looks like she is now in the thick of preparations and has taken out extra time to start learning Saina’s body language,” informs a source close to the movie.

Pari captioned the picture saying, “Me right now!” Upon asking around, we learnt that Pari indeed trains between 2 pm to 4 pm and so she has definitely started giving extra time for a thorough preparation for the biopic. Parineeti has always been referred as an actor who gets into the skin of the character and makes it her own. Right from her debut Isaaqzaade and then Hasee Toh Phasee and many other films, Pari has dazzled us with her brilliant performances. But her upcoming Saina Nehwal biopic will surely be her toughest challenge to date. 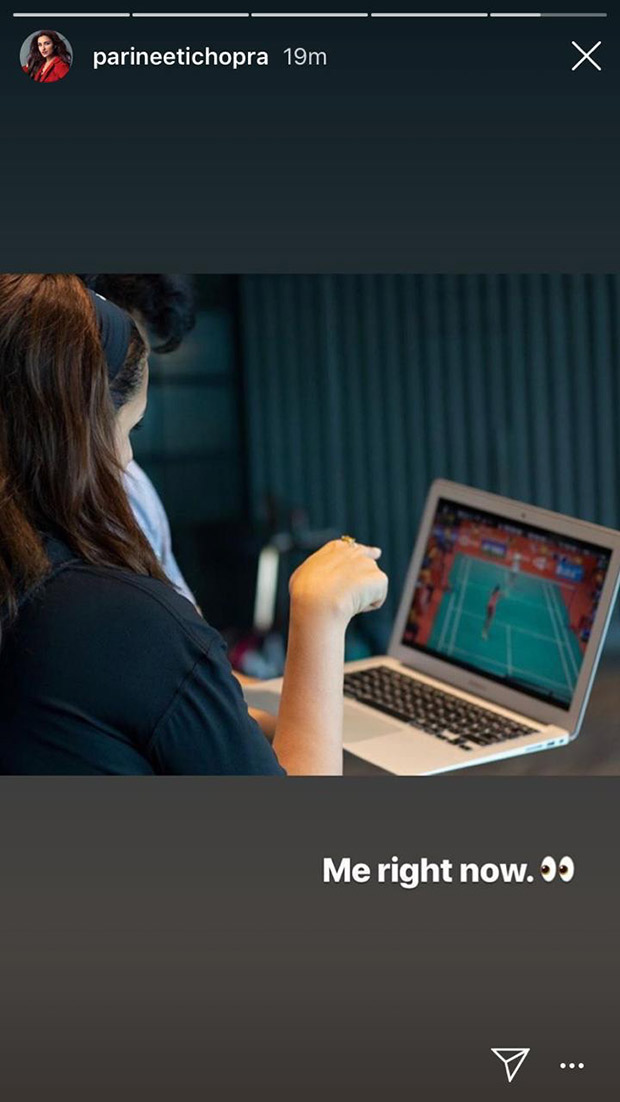 The first massive challenge that any actor faces while doing a sports biopic is actually a two-fold issue. First, an actor has to become very good at the sport the film is based on and secondly, picking up the body language and mannerism of the actual sporting icon and then replicating it exactly on screen. Parineeti will next be seen in Jabariya Jodi with Sidharth Malhotra, releasing on August 2.