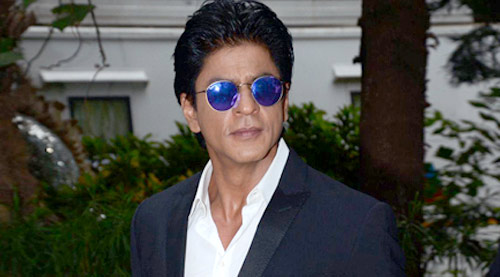 It was shocking news when it was disclosed that Bajirao Mastani has collected more money at the India box office than Dilwale on Monday, the fourth day after the

release. Everyone was feeling that Dilwale will be doing much more business than Bajirao Mastani because it looks like a festival entertainer. The tide completely turned when

Bajirao Mastani took a big lead over Dilwale on Christmas holiday in India and the lead was consolidated on Saturday as well as Sunday. It is very clear now that Bajirao

Mastani's box office collections in India will be more than Dilwale. So where is it that Shah Rukh Khan has made a mistake? Let us try to analyze.


The reviews of Dilwale are very mixed. Both the critics and the audience are having a mixed opinion. Most of the people are feeling that it is entertaining but it is not very entertaining.

The trade sources in Bollywood feel that Shah Rukh should have worked on a better product before clashing with Bajirao Mastani which had announced the release date long ago. The Red Chillies

team must have thought that Eros will back out and they may get a solo release but Eros had a lot of belief in their film even though it wasn't supported by as big a star cast as Dilwale.

The belief of Eros has worked in their favour. Dilwale has been affected to some extent by the protests by political parties but the fact is that the mixed public opinion is harming it more.

Let us accept it, the word of Bajirao Mastani is much more positive than Dilwale and nothing can beat public opinion.


People from within Bollywood are saying that Shah Rukh Khan needs to reinvent himself now. He has been doing the same sort of films and is taking less risks. Happy New Year and

Dilwale are only trying to take advantage of SRK's stardom and they are not doing anything new. While Aamir Khan always comes up with new concepts, even Salman Khan surprised everyone with

Bajrangi Bhaijaan this year. Senior Trade pundits feel that it would be wise if SRK's Raees shouldn't clash with Salman Khan's Sultan on Eid. The business will get divided

again and if SRK loses that battle it will hurt his reputation badly.


Shah Rukh Khan is having nice looking projects like Fan and Raees. They shall help him express differently but they don't look like big money making ventures. He is a big star with

great fan following but he has yet not come close to entering Rs 300 crore club. It is time for SRK to think about his future plans and how he shall have his strategy for getting better films that


Also a note of caution to media houses who just on the basis of weekend number proclaimed SRK as the winner. As it has been said - Picture abhi baaki hai mere dost - the days after the weekend show

true reality. That is why we did not jump to conclusion so early. Because no one understands Bollywood and box office numbers the way Bollywood Hungama does.


As SRK rightly said - Kismat Badi Kutti Cheez Hai...Saali Kabhi Bhi Palat Jaati Hai. This time the luck was not on his side, hope next year it would be on his side. Last year it was a Happy New

Year for him, this year isn't!