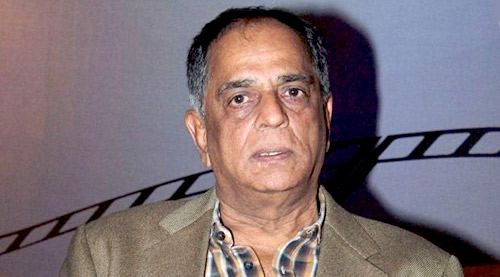 The BJP government has appointed a panel headed by Shyam Benegal to look into how the working of the censor board can be improved.


Pahlaj Nihalani, the chairperson of the Censor Board Of Film Certification (CBFC) is happy that the BJP government has appointed a panel to look into the workings of the censor board. So happy that he threw an impromptu party on New Year's Day for all the censor board members and stockholders.


"When I heard about government's decision I wanted to celebrate. I immediately arranged for a party in the censor board office. I am so happy that the government has decided to appoint Shyam Babu who has four decades of experience as a filmmaker and is a prominent member of the film industry. He has gone through the pain of his films being censored. He will know exactly where to draw the line," says Nihalani.


However Nihalani warns that it will be an uphill task for the new panel to bring about any changes in the working of the film industry. "The guidelines followed by the censor board are based on the Cinematograph Act of 1952. These guidelines clearly tell us to censor films whereas the present government wants to abolish censorship and implement certification of films by the CBFC."


Nihalani who this month completes a year as chairperson of the CBFC says he has been fighting to bring about changes. "I've been repeatedly asking for the current mode of certification to be abolished and replaced by gradation...whether a film is suitable for audiences above 18 below 18 or for audiences of 12 and above, and so on. My endeavour has been to clean out all the corruption from the CBFC and to bring transparency into its day-to-day working. I think I've succeeded in that."


He shoots down the belief that Benegal has been brought in as his nemesis. "I am ready to step down any time. For that there is no need to bring in a panel. I am a very small part of the system that needs a drastic change."