Salman Khan gave a blockbuster hit with Ali Abbas Zafar's Sultan in 2016. The film was widely appreciated and Salman's performance was applauded. While the actor played a wrestler in the film, he had to undergo intense physical training for it. Salman Khan learned every bit of proper professional wrestling for the character to look authentic. He had to shed and put on weight for the role. He underwent rigorous training for both his older and younger looks in the film. 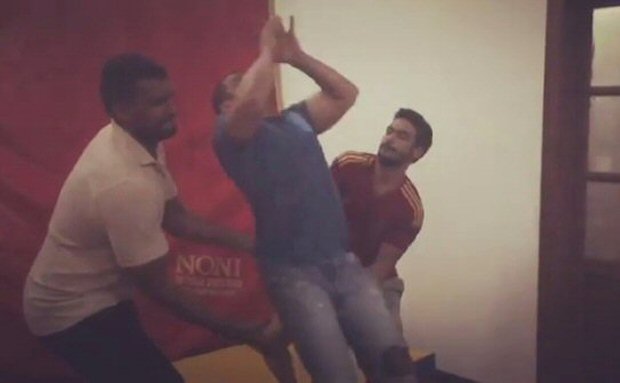 Salman Khan had to perform many backflips for the wrestling scenes. Just this past weekend, director Ali Abbas Zafar shared a video of Salman trying the backflip in the wee hours. During the preparation for his role as a wrestler, he took help of couple of trainers to nail the backflip at 2 in the morning. “Look bhai @BeingSalmanKhan what I found from @SultanTheMovie training session #backflip at 2 am in the morning :)” Ali wrote along with the video.

Sultan was Ali Abbas Zafar and Salman Khan's first collaboration together that went on to become a successful film. The film starred Anushka Sharma in the leading role. Post that, they gave another blockbuster with Tiger Zinda Hai co-starring Katrina Kaif.

Now, moving onto their third project together titled Bharat, Ali Abbas Zafar is pumped about their film. According to the reports, Salman Khan's Bharat is an official remake of the South Korean film, Ode to My Father which released in 2014. Sharing an update about the same on Twitter, he wrote, "We are in full flow with preproduction of #Bharat the film, lots of exciting news will come your way soon....baaki Aaj Sunday hai.. enjoy."

As of now, Salman Khan is the only actor cast in Bharat. The leading lady or ladies, as per reports, will be announced soon.

Also Read: Here’s how Salman Khan and Bobby Deol address each other as on the sets of Race 3