Fashion has always been a repetition of ideas, albeit with contemporary ideas. While personal style is innate with an understanding of what flatters the frame and what doesn’t, fashion is just another accessory for people who grasp this concept. Expensive styles are many but choosing the one that suits your persona is tricky and helping them wade through are fashion stylists. The tinsel town is replete with denizens who lock horns with the fashion police for their unappealing styles. The weekly worst dressed celebrities dole out lessons in all that should be avoided for a fashion faux pas. This week saw Parineeti Chopra and Karisma Kapoor go OTT with their styles, Rani Mukerji opt for a style that failed to flatter her petite frame, Taapsee Pannu and Sushmita Sen opt for unflattering couture gowns.

Here’s a closer look at this week’s worst dressed celebrities who left us dejected with their style play. 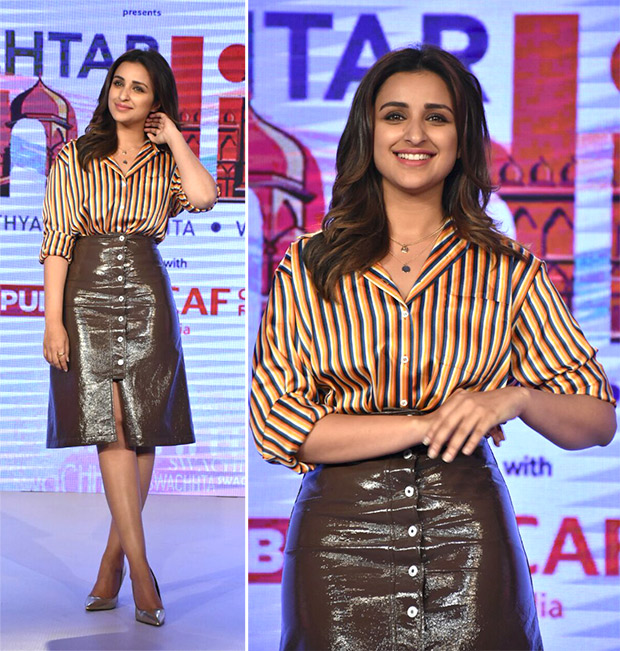 The Namaste England actress, Parineeti appeared for an event to promote a Better India with young students. Styled by Sanjana Batra, Parineeti paired separates of a striped Zara shirt paired with a leather-like Madison skirt and gold pumps. While the idea to team such separates was nice, this look was flashy and far from being season friendly. 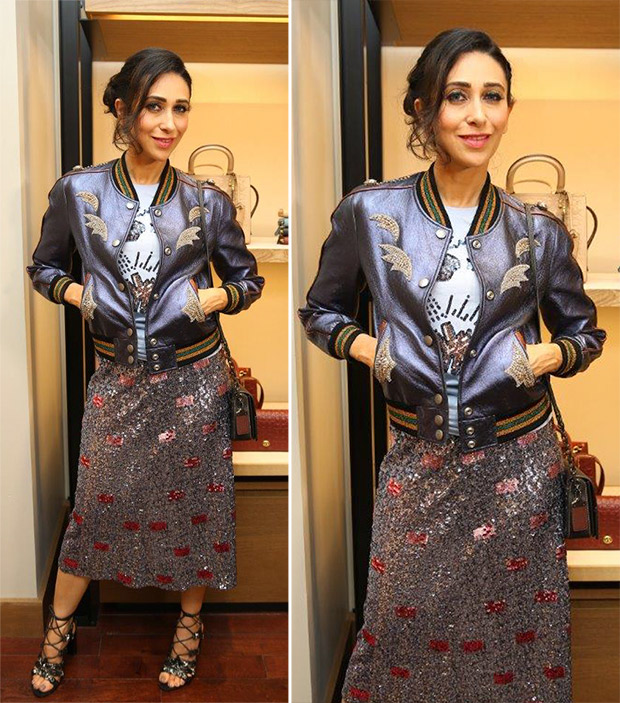 Styled by Eshaa Amiin, for the store launch of Coach in Chennai, Karisma opted for separates from the brand featuring a sequin tee, a shimmery sequin skirt and metallic bomber jacket. The numerous metallic elements only clash and fail to evoke a wow! The consistently well-dressed diva, Karisma who had recently termed her personal sense of style play as sophisticated had us flummoxed with this style and we wish she had toned down at least one element from this so-called edgy style. (Also Read: #TraditionalThursday: Karisma Kapoor in a Sabyasachi sari should be on your lust list for the season!) 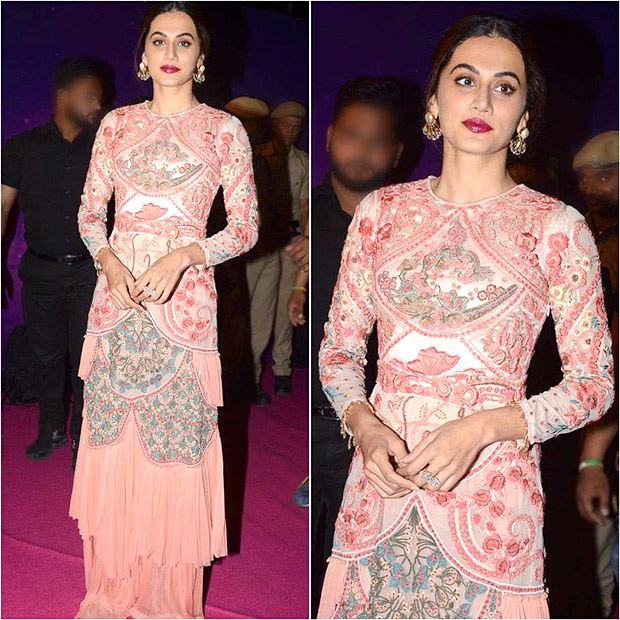 For the Zee Apsara Awards 2018, Taapsee who was styled by Devki Bhatt wore a Varun Bahl peach gown from the designer’s couture collection. Our major grouse with this look was the fish scale pattern on the gown and its pooling at the hem. Bright lips and a tight updo only added to the unflattering look. (Also Read: EXCLUSIVE: Pink co-stars Amitabh Bachchan and Taapsee Pannu to reunite!) 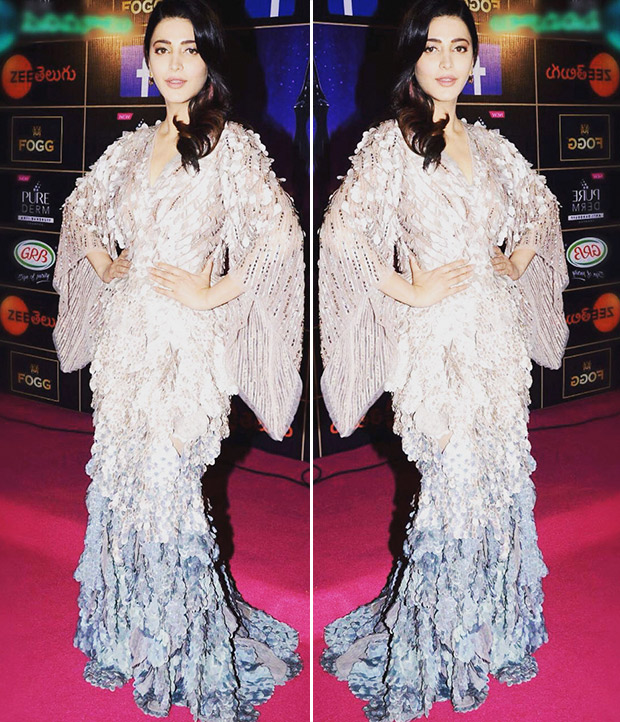 At the Zee Apsara Awards 2018, Shruti who was styled by Shreeja Rajgopal snagged the Icon of the Decade Award and wore a gown from ‘Not So Serious’ by Pallavi Mohan featuring fish-scale inspired paillette detailing and exaggerated sleeves. While the top felt fine and was accentuated by subtle makeup and side swept soft waves, the pooling of the gown at the bottom and ombre contrast at the hem failed to strike a chord. (Also Read: REVEALED: Shruti Haasan signs Mahesh Manjrekar film starring Vidyut Jammwal) 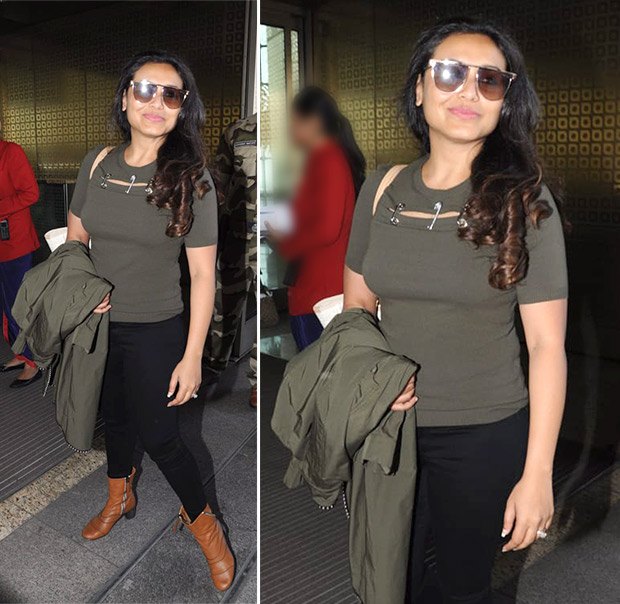 Exiting Mumbai, Rani was snapped wearing a Versus Versace olive green tee featuring safety pin detailing on the neck with black fitted pants and tan brown boots with a coat and white Chanel bag. We love Rani’s zest to pull off such a sleek and crisp style but blame the stylist as the look falls flat owing to Rani’s petite frame rendering a stocky outcome. (Also Read: Here’s what Aamir Khan thought after watching Rani Mukerji’s Hichki in Jodhpur) 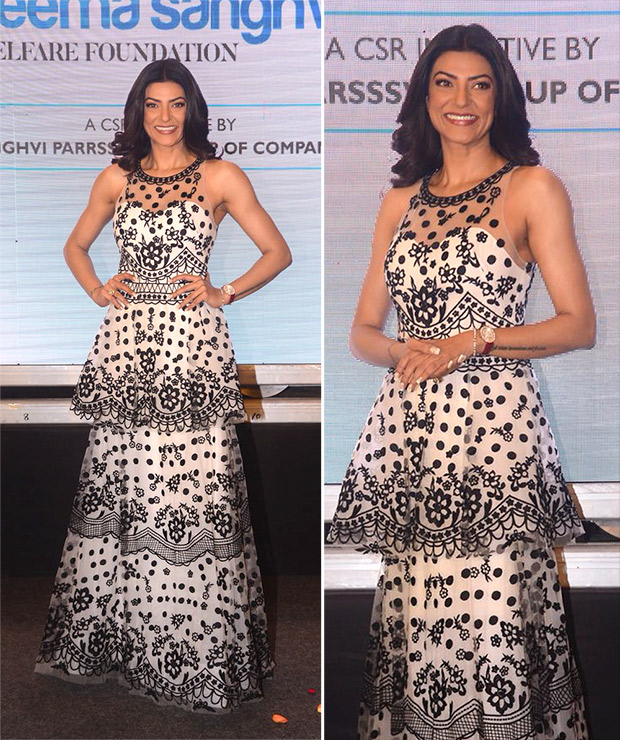 For the Sanghavi Parrsssva event in the city, Sushmita opted for a black and white Notte by Marchesa gown. Accessorizing with a wristwatch, she topped off the look with centre-parted soft waves, nude makeup and a broad smile. The flared two-tiered gown with sheer neck failed to do anything to her stunning frame but kudos to the former Miss Universe for attempting to make it work with signature panache. (Also Read: HOT! Former beauty queen Sushmita Sen is back in shape and we can’t stop drooling over it)

So which of these styles was unappealing? Do let us know in the comments section. Until next week, stay tuned to Bollywood Hungama Fashion for more such wardrobe inspirations, straight from the celeb style diaries!