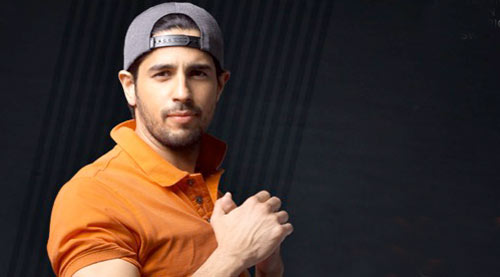 After making his debut with the smash hit film Student Of The Year, the hunky Sidharth Malhotra went on to become one of the few stars who were in the running for the crown of 'Gen-Next' superstar! Student Of The Year not just gave Bollywood a new hero with talent and a great physique.


Seeing Sidharth Malhotra act on screen is a treat in itself, but seeing him remove is shirt makes for an extremely high quotient visual delight. Not many now that, in one of the recent shoots, he not just took his shirt off, but, (by his own admission), he was butt-naked while he was changing clothes behind four women holding the towels. This 'incident' occurred when the fashion director of the shoot, who wanted to shoot the fading evening sunlight, managed to convince Sidharth Malhotra to into a human changing room that was on the beach. He also confessed that this was something that he had never done before. If mere reading the article gives you goosebumps about then, imagine what would have been the condition of the four women who were holding the towel for the hunk!


Thankfully the pictures of the shoot seem to have come out nice, making it all worth it.