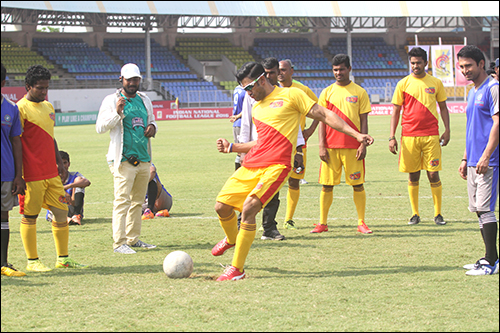 Kai Po Che actor Amit Sadh, who was shooting for the film Saat Kadam, recently completed the last leg of the same. The wrap up schedule was shot at the renowned Balewadi stadium in Pune.

The film is a fictional sports drama which revolves around a father-son relationship and will see Amit essaying the role of a football player. The film stars Ronit Roy and Deeksha Seth in lead roles along with him. While Ronit will be playing Amit's father, Deeksha will play his love interest. The film has been extensively shot in Kolkata and Pune.

Produced by Eros International, Saat Kadam marks the debut of director Mohit Kumar Jha in Bollywood, who is well-known for directing popular daily soaps on the small screen like 'Choti Bahu', 'Hitler Didi' and 'Parvarrish'.