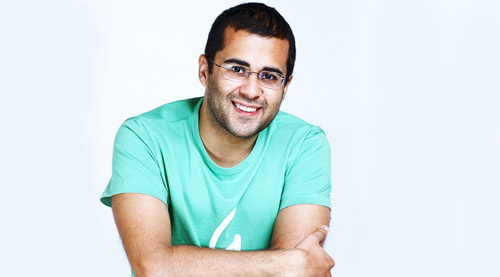 Kick is your first attempt at screenplay writing. How would you sum up the experience?

I would say from start to finish, the experience gave me quite a kick! I had a chance to work in a very high profile project, with industry stalwarts and the biggest superstar - Salman Khan. I also was out of my comfort zone and I learnt a lot from Sajid Nadiadwala. I am glad I took on a new challenge and it reinvigorated me in some way.


How different is your interpretation of the subject from the original Telugu film?

We liked the concept of the original, the story of a man who lives for his kick. However, we tried to add more scale, contemporary relevance, depth to characters, style and worked on the balance between plausibility and making a larger than life entertainer. Sajid Nadiadwala had a clear idea of what he wanted and the team helped him achieve it.

How vital was it for you to keep in mind Salman Khan's stardom while writing the screenplay?

We were aware that it is a star vehicle, and we must make sure the fans are not disappointed. However, it may not be something that we thought of in every scene. Ultimately, we wrote a story that suited Salman Khan.

The film casts Salman Khan in the super-hero mould for the first time. Did you take into consideration what Hrithik had done in Krissh and Shah Rukh in Ra.One while writing the Devil's part?

Salman Khan is in fact, not a super hero. A few stunts and the mask in the promo may give you that impression, but he is over there playing Devil - the thief. He has no superpowers at all, but just a fondness for risks.

All your films have been adapted to the screen. Which of your novels' movie adaptations is your favorite?

That is a tough one to answer, but if I had to pick, I would say Kai Po Che. It was a hard film to make but was beautifully done.

When do you intend to turn director?

Not anytime soon. I am getting enough kick from my writing for now. When I need a new kick, I will definitely consider it as an option.

Finally please tell me something about your next novel?

It will release in October. It is a rural-urban love story, and I am getting amazing feedback from the test readers.

Why is it titled The Half Girlfriend ?

You have to read the book for that.