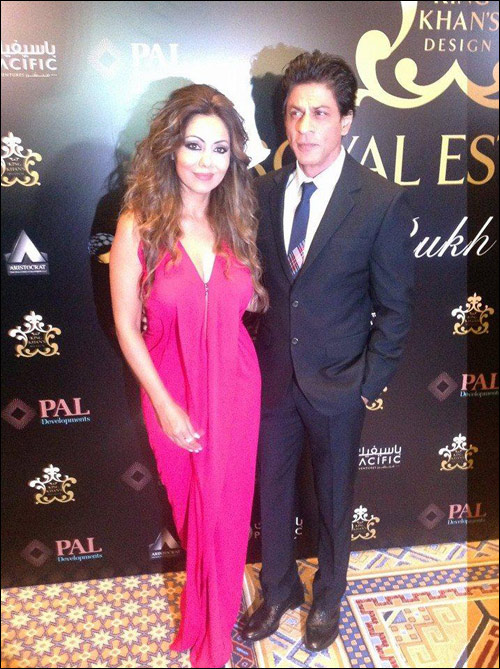 A successful actor and producer, Shah Rukh Khan has now turned his attention towards real estate. Earlier we had reported that his wife Gauri Khan is joining hands with Hrithik Roshan's ex-wife and interior designer Sussanne Khan but now we hear that Gauri Khan and her hubby superstar Shah Rukh Khan recently visited Dubai to launch their new venture - 'Royal Estates by Shah Rukh Khan.'

While Gauri Khan turned producer with Red Chillies Entertainment, for their real estate venture, this star wife will be designing houses under this venture. This AED 2.3 billion project was launched at Madinat Jumeriah, one of the most plush localities of the city and the project covers around 2.3 million-square-foot in Dubai Investments Park. However, the project in question is said to be designed by Shah Rukh Khan's closest buddy and well-known architect from Los Angeles, Tony Ashai.

The launch in Dubai however was a lavish affair with guests from India, Pakistan, Canada and UK being invited for the event. While this will be the couple's first real estate business venture together there, they already own a beautiful house at Palm Jumeriah in Dubai and have often visited the city for holidays with their kids.