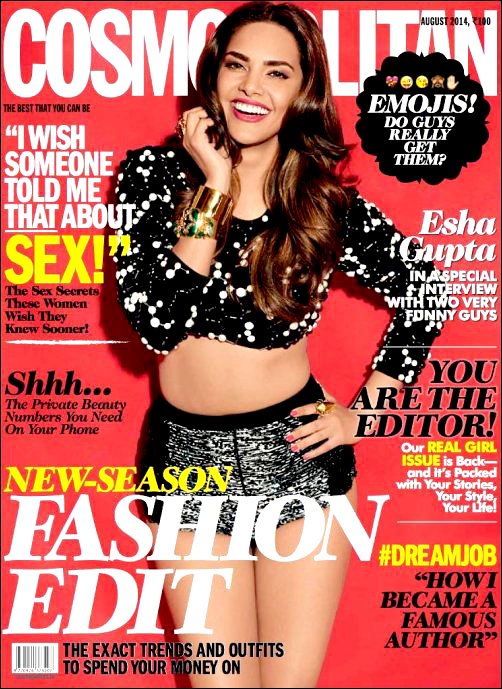 Esha Gupta made her debut back in 2012 in the film Jannat. And now, two years, five films and multiple brand endorsements later, the actress who was last seen in the comedy Humshakals has certainly come a long way. Known for her striking good looks and her ability to essay almost any roles, it's no surprise that Esha features as the cover girl for the latest issue of Cosmopolitan.


Draped in a crop top by Anand Bhushan with a high waisted pair of shorts by Namrata Joshipura with makeup by Daniel Bauer, Esha looks stunning in her monochromatic look. If that wasn't enough the magazine also features an article on Esha Gupta titled, 'Esha Gupta, in a special interview with two funny guys', where she talks about her upcoming movies, white lies, saying sorry first and asking a guy out,.