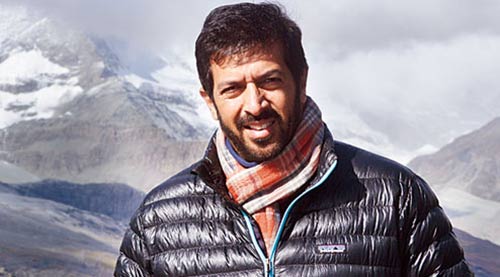 Shock waves have been felt across India and Pakistan after viewing the first trailer of Kabir Khan's Phantom which came out on Saturday.

A filmmaker from Pakistan, who doesn't wish to be named says, "Kabir Khan was preaching peace between Pakistan and India just a month ago (in Bajrangi Bhaijaan). Now, he wants to incite Indian patriotic zeal by targeting Pakistan."

However, Kabir fights off all charges of provoking Pakistan. "What you see in the trailer of Phantom is not anti-Pakistan. It is anti-terrorism. Pakistan is even more traumatized by terror attacks than we are. Terrorists attacked little children in Peshawar some time ago. It can't get any more brutal and lowdown than that. Phantom talks about bringing to book the perpetrators of the 26/11 attack in Mumbai. I repeat, we are not attacking Pakistan. Phantom is, in fact, saying the same thing about India's relations with Pakistan that Bajrangi Bhaijaan did. Eliminate hatred."

Kabir Khan does see the possibility of people in Pakistan perceiving Phantom as an attack on their country. But, he insists it would be a fallacious reading of the plot, "My writer Hussain Zaidi and I are saying, we need to bring perpetrators of terror attacks to book. Every right-minded Indian or Pakistani wants the same thing."

About the allegation that the posters of Phantom are inspired by the poster of an American video game, Kabir remarks, "I trust the integrity and honesty of my poster designers."