Priyanka Chopra may not have any plans to return to Bollywood currently but the actress is busy with her other work commitments as she shuttles between her professional life, being a mother and being a wife. The busy actress recently took some time out to enjoy a fun session with hubby Nick Jonas over the weekend as the couple were spotted attending the ACC Golf Championship. 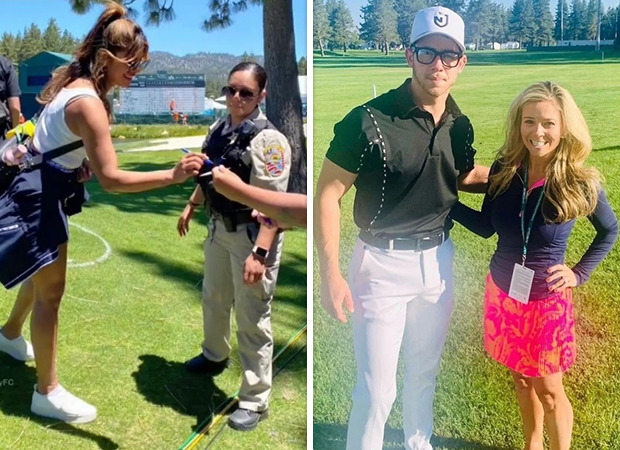 WATCH: Video of Priyanka Chopra cheering for hubby Nick Jonas during a golf session in US is a treat for Nickyanka fans

Priyanka Chopra accompanied Nick Jonas to play golf at Lake Tahoe in Nevada in the US where she cheered for her husband at the ACC Golf Championship. Needless to say, Nickyanka fans went gaga over the husband-wife outing and some fan pages went on to share a series of videos from the golf championship.

While many fans dropped heart emojis on their video, one of them described them as ‘the star couple’. Yet another commented on one of her videos saying, “Damn Pri looks hot!????”. “Really love her golf outfit, looks so ??and cute?,” said another one. Interestingly, this is not the first time where the actress has accompanied her music-actor husband for a tournament since the actress accompanies him for almost all games including baseball.

As for her, on the personal front, Priyanka Chopra is thrilled as she is enjoying the new phase of motherhood with Malti Marie Chopra Jonas. On the work front, she recently wrapped up the shoot of the Amazon Prime show Citadel and has films like It’s All Coming Back To Me and Jee Le Zara in the pipeline.

Also Read: Priyanka Chopra and daughter Malti Marie hang out with her friend of 22 years in a cute photo