Last Updated 20.08.2022 | 11:00 AM IST
feedback language
follow us on
Bollywood Hungama » News » Bollywood Features News » Priyanka Chopra and daughter Malti Marie hang out with her friend of 22 years in a cute photo

In January, Priyanka Chopra and Nick Jonas made one of the year's biggest announcements. The much-in-love couple welcomed their first child via surrogacy. While fans awaited more details about the baby, Priyanka offered a small glimpse of her daughter Malti Marie on Instagram. 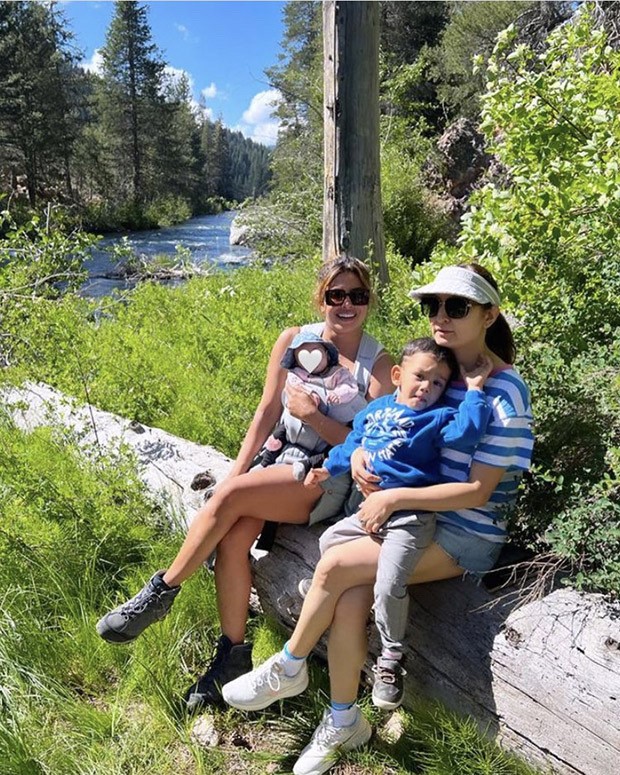 Priyanka Chopra shared a beautiful photo with her daughter Malti Marie with her fans on Friday. The global diva wished her BFF Tamanna Dutt a happy birthday, saying the two have been best friends for 22 years. Priyanka posted a photo of them having fun in the sun with their kids for their birthday post.

The actress cradles her newborn girl on her lap in the photo, which was taken alongside Tamanna Dutt, who also posed with her son. Malti Marie wore a pink dress with a blue cap, while Priyanka wore a sleeveless white top with denim shorts, dark sunglasses, and hiking shoes. The actress, however, did not show Malti's face. To conceal it, she carefully placed a heart on her daughter's face.

In the caption, Priyanka congratulated Tamanna on their 22-year friendship and stated that they are now enjoying life with their children together. "22 years and counting..and now with our babies..love you," she tagged Tamanna Dutt in the post with hash tags like "best friends," "God son," "friends like family."

For the unversed, the couple revealed in May that they had welcomed their first child together in January. Nick and Priyanka confirmed on Instagram that their baby girl was delivered through surrogacy.

Also Read: Priyanka Chopra opens up about shifting to US during the launch of SONA home; says, “It was challenging to come from India and make America my second home”