Ranbir Kapoor is playing a larger-than-life quintessential Hindi film hero with the action entertainer Shamshera.  Sanjay Dutt vs Ranbir is the clash of the year on the big screen and Ranbir got ripped and got a six-pack to take on Dutt in Shamshera! 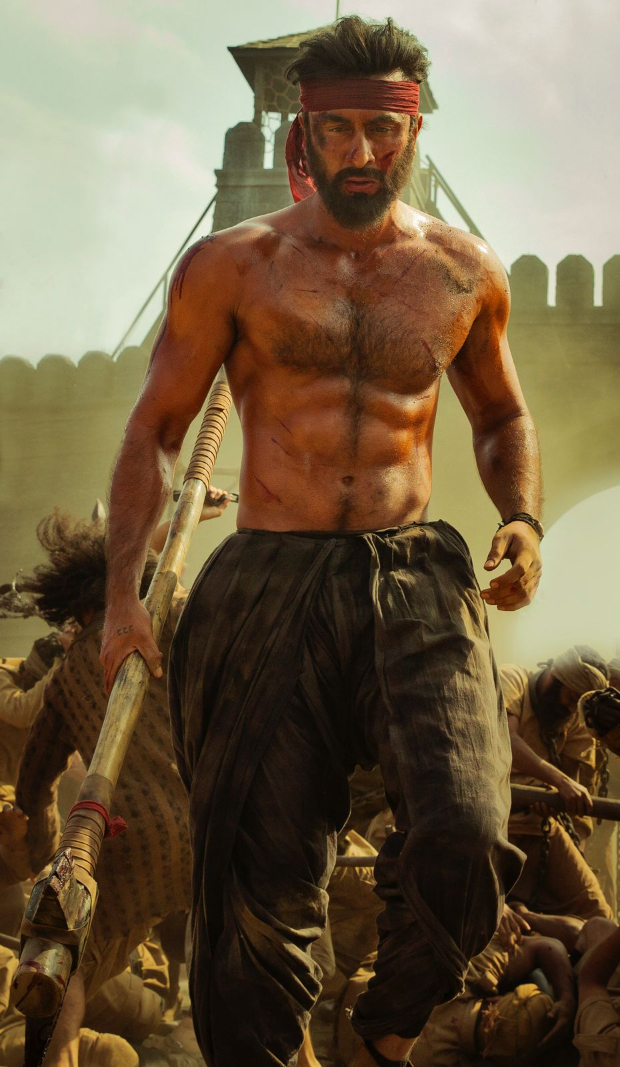 Ranbir Kapoor flaunts six pack abs in Shamshera; Karan Malhotra says the actor ‘has worked very hard to own up to the roles’

Director Karan Malhotra reveals, “Ranbir has worked very hard to own up to the roles of Shamshera and Balli. The idea behind him building a particular physique for the film came from the fact that I wanted the audiences to feel his internal strength and resolve every time they saw him on screen. So, keeping that core idea in mind, I maneuvered Ranbir towards building up a body which added more strength to his character in the film.”

He adds, “The intention was never for his physique to be a distraction but an asset to his characters. And I can say this very confidently that Ranbir worked hard on making his mental and physical presence felt in both the characters which is why he looks stunning in every frame of Shamshera and owns it with great strength.”

Ranbir’s trainer Kunal Gir reveals the secret behind Ranbir’s fab body in Shamshera. He says, “The target was to make RK look athletic, not too bulky as his character was like Robin Hood. We had to keep the rustic, raw appeal that came along with that character. Hence, he is athletic and strong looking. Ranbir had five meals a day. He was on a high protein and low carb diet and went through rigorous training five days a week! He had a cheat meal only once a week.”

He adds, “We trained 5 days a week, each session was an hour-long followed by a quick 5 min high-intensity cardio session we called ‘truck’. It's where the treadmill was turned off and RK was to hold the handles of the machine and drive the belt with his legs. The shooting was mostly outdoors and RK had to deal with a lot of heat and dust. So, we worked on some breathing exercises that helped him stay calm and endure long and strenuous shooting conditions.”

The story of Shamshera is set in the fictitious city of Kaza, where a warrior tribe is imprisoned, enslaved, and tortured by a ruthless authoritarian general Shuddh Singh. This is the story of a man who became a slave, a slave who became a leader, and then a legend for his tribe. He relentlessly fights for his tribe's freedom and dignity. His name is Shamshera.

ALSO READ: Vaani Kapoor learns horse riding for Shamshera: ‘They only know the language of love’